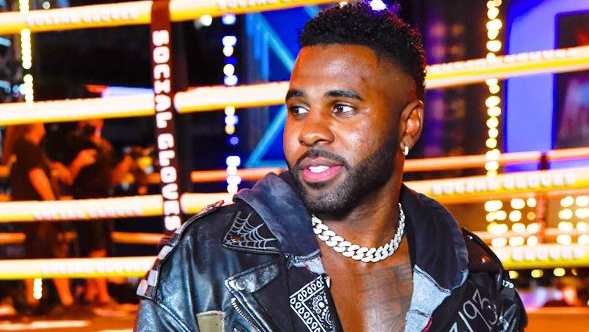 R&B singer Jason Derulo is making headlines after engaging in fisticuffs early Tuesday morning at a hotel in Las Vegas.

According to TMZ, the singer and TikTok star was caught on video chasing two men and attacking them after they called him Usher. The incident took place Tuesday morning at the ARIA hotel, and it was caught on a mobile phone.

The video shows Derulo going up the escalator with two other men, looking agitated before heading back down. As he comes back into camera view while walking by, a guy yells out to him, “Hey, Usher. F— you, b—-.”

Without batting an eye, Derulo lunges toward the man, attacks and punches him as the crowd disperses. As people try to calm him down, Derulo breaks free and once again goes after another man and chases him down to hit him as well.

According to KMOV, a Las Vegas Metro Police Department spokesperson stated that police officers responded to the altercation at a venue in the 3700 block of South Las Vegas Boulevard at around 2:22 a.m. Tuesday morning. They said that the incident started when Derulo allegedly committed battery against two people who were not identified. The police said that the victims of the assault did not want to press charges against Derulo. He was removed from the property, and no report was taken since the victims refused to press charges. Derulo was not cited or arrested, although he was placed in handcuffs before being led out of the venue.

A video clip of Derulo being taken away in handcuffs was posted on the Instagram account of The Neighborhood Talk.