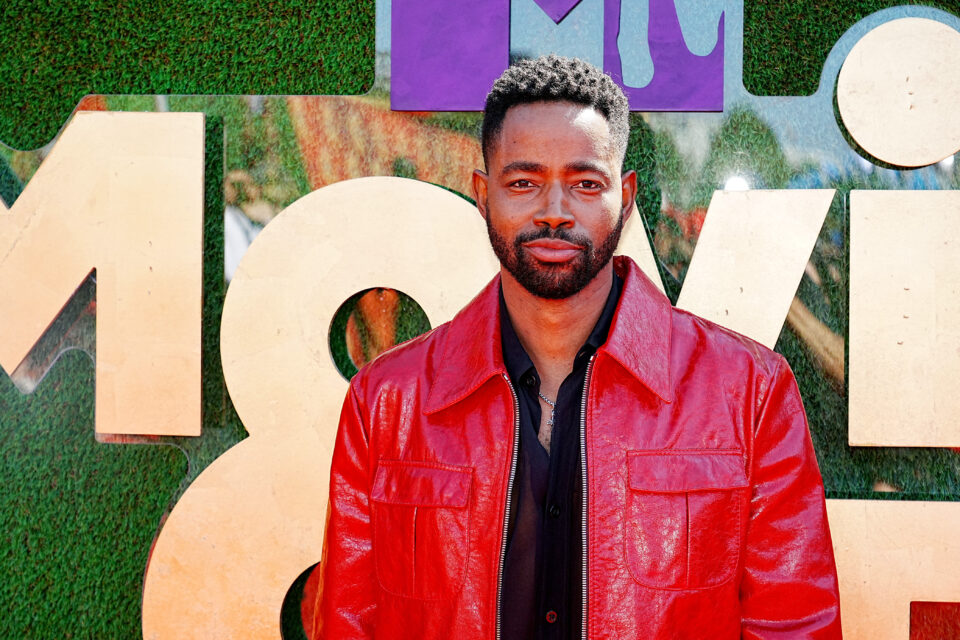 After Jay Ellis tied the knot with Nina Senicar over the weekend, the actor made sure to turn the comments feature off his Instagram wedding photos to avoid criticism of his interracial marriage.

In a romantic ceremony in Italy, Vogue reports, Ellis exchanged vows with the Serbian model/actress. The pair had been anxiously awaiting their wedding day after the pandemic forced them to push the date back twice.

The Top Gun: Maverick star started dating the model in 2015 after their mutual friend Tony Mancilla—who ended up getting ordained so he could officiate the couple’s wedding—introduced them. Ellis popped the big question at sunset on Dreamland Beach in Bali in January 2019, months before they welcomed their first child together, daughter Nora Grace Ellis, in November 2019.

The pair had plans of eloping in 2020, but the pandemic had other ideas. Their wedding was a hit, and the newlyweds are still over the moon about how well their families got along. “We come from two completely different sides of the world, different cultures, and backgrounds, and it was magical to see how all of that got mixed together in such a beautiful and spontaneous way with the people we love the most,” Senicar said of the big day.

But as special as the day was for Ellis, he knew that many of his female fans wouldn’t be in support of the big news. When posting photos from his wedding, Black Twitter noticed the Insecure star turned off the comments feature.

Y'all harassing Jay Ellis on his Instagram photos of his wedding just because he married a white woman is a little gross for me.

She doesn't deserve that and neither does he.

I respect Jay Ellis turning off his comments. Bro proactively closed off a channel of disrespect that could be aimed at him, his wife and his happiness. Protect your peace.

Now y’all tryna drag Jay Ellis but didn’t have the same energy for Quinta and her white Partner? So black women can date outside their race and it’s fine but y’all dragging a black man for doing the same thing and the math not mathing.

Since finding fame on Insecure, Ellis has been subjected to criticism from his fans, who take issue with his interracial relationship. In 2017, Ellis opened up on The Breakfast Club about his love life and said his relationship with Senicar is what keeps him happy outside of his acting career. “I think, for me, we give so much of ourselves in what we do no matter what side of the industry we’re on, so for me…a relationship for me is probably the most important thing that I think two people can have.”