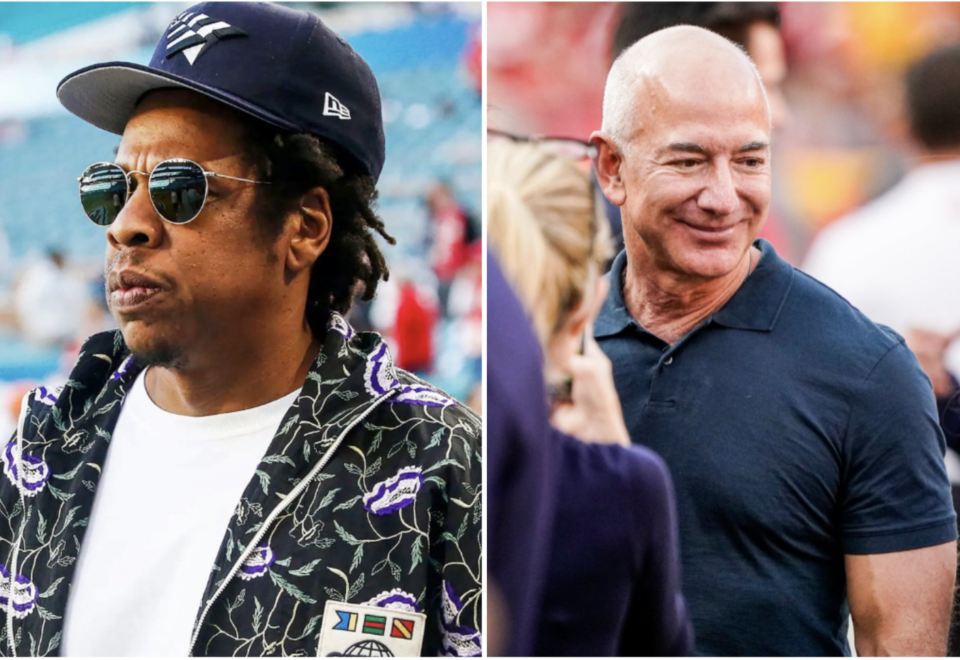 Calls are being made as an NFL team looks into new ownership.

Amazon founder Jeff Bezos and rap mogul Jay-Z are reportedly looking into a partnership to purchase the NFL’s Washington Commanders after the team issued a statement announcing the owner, Dan Snyder will possibly be exploring a full or partial selling of the Commanders.

Jay-Z has expressed "serious interest" in buying the Washington Commanders, per @TMZ, alongside a strategic partner.

Jeff Bezos, with ties to the area, is also interested in the team. pic.twitter.com/ocm0g4XnMh

According to the New York Post, in the statement, released by the team on Wednesday, Snyder and his wife,  Tanya Snyder, have appointed Bank of America Securities ‘to consider potential transactions’ for the team.

Jay-Z has ties with the NFL since a partnership deal began in 2019 for the rapper to produce entertainment for events, including Super Bowl halftime and social justice initiatives. The Roc Nation Sports founder, who previously owned part of the NBA’s Brooklyn Nets, is worth an estimated $1.3 billion by Forbes.

Bezos, who has an estimated net worth of $114 billion and is reportedly the fourth-richest man in the world, has ties with the area as owner of the Washington Post. In addition, Amazon Prime Video is currently in its first season of broadcasting “Thursday Night Football,” as part of an 11-year deal with the NFL worth $11 billion.

Front Office Sports reported a statement from the Snyders saying they “remain committed to the team, all of its employees, and its countless fans to putting the best product on the field and continuing the work to set the gold standard for workplaces in the NFL.”

“We are exploring all options,” a spokesperson for the Commanders told sources, according to New York Post.

The Washington Commanders is reportedly valued at $5.6 billion, and according to sources, Bezos is the leading candidate by a wide margin.

According to Front Office Sports, Snyder’s potential removal comes amid five active investigations since he purchased the team in 1999 for around $800 million. However, 24 owners would need to vote to approve Snyder’s removal and selling the team under the NFL’s constitution and bylaws.

Byron Allen is also reportedly in talks to buy the Commanders.