Jay-Z and Beyonce Among Time's Most Influential People 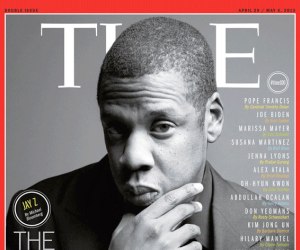 Another day, another accomplishment.

Time Magazine has released its 100 Most Influential People in the World and cover boy, Jay-Z and his wife Beyonce, are on the list, adding to their status as power couple.

Even the mayor of New York, Michael Bloomberg, says Jay-Z is what makes New York, New York. He also adds, “He’s an artist-entrepreneur who stands at the center of culture and commerce in 21st century America, and his influence stretches across races, religions and regions.”

As for Beyonce, here is what “The Great Gatsby” director Baz Luhrmann has written about Jay-Z’ wife: “When Beyonce does an album, when Beyonce sings a song, when Beyonce does anything, it’s an event, and it’s broadly influential,” Luhrmann writes. “Right now, she is the heir-Â­apparent diva of the USA – the reigning national voice.”