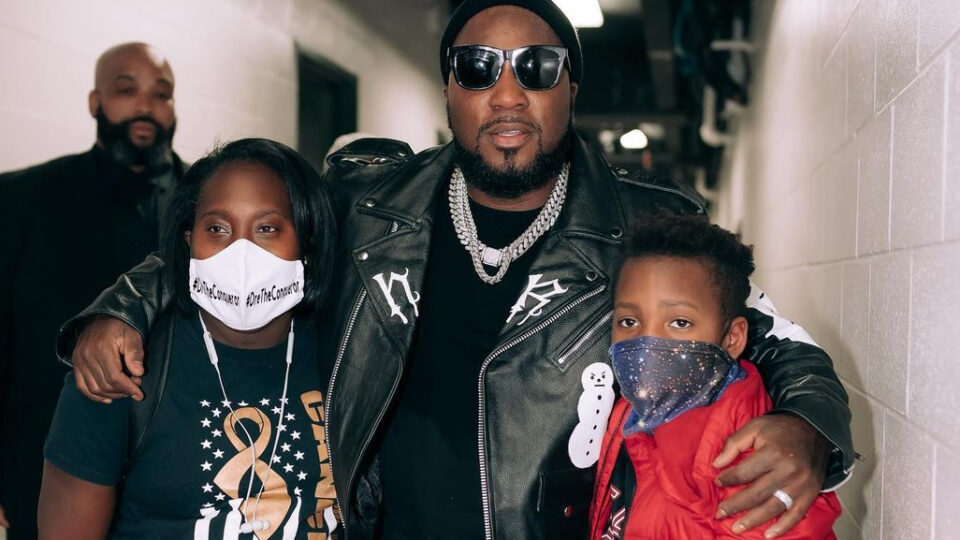 Rapper Jeezy’s generosity shined through when he made a nice gesture to a young boy with cancer on a recent flight.

The entrepreneurial artist, who recently welcomed a baby with his wife, Jeannie Mai, took to his Instagram account to speak of the bravery a young 11-year-old boy is demonstrating.

“The Snowman” speaks of meeting a young boy named Andre, who is 11 years old, on a flight heading to Memphis. The pre-teen is fighting stage 3 cancer and was going to Memphis to get treatment. The former Boyz n da Hood group member offered the young boy his first-class seat on the plane and occupied the seat next to his mother. After conversing with Andre’s mother throughout the flight, Yeezy invited the young boy and his mother to his show. As Yeezy states in his post, Andre showed up to his show “like a boss.”

“Meet Andre, he’s 11 and one of the bravest young Kings I know. I met Andre on my flight to Memphis. Overheard he was battling stage 3 cancer and was on his way to Memphis for treatment. Offered him my first class seat so he can go to treatment like the boss he is. In taking his seat, I spoke with his amazing and strong mother. She told me about how mighty of a fighter her son has been. I invited Andre and his mother to my show. And like a boss he pulled up. Let’s show Andre some love 💯”

The businessman just celebrated the birth of his fourth child and first with his wife Mai, a panel member on the daily talk show The Real.

Last spring, Vogue reported that after the rapper and talk show host tied the knot in an intimate ceremony at their Atlanta home, the charitable pair chose to give back to the community. People reported that Jeezy’s Street Dreamz Foundation teamed up with The Tony Robbins Foundation to give out 1,000 bikes to inner-city youth in Atlanta.

Wheels of Dreamz hosted the event at HBCU Clark Atlanta University ahead of a rally where Jeezy and then-Atlanta Mayor Keisha Lance Bottoms gave speeches.