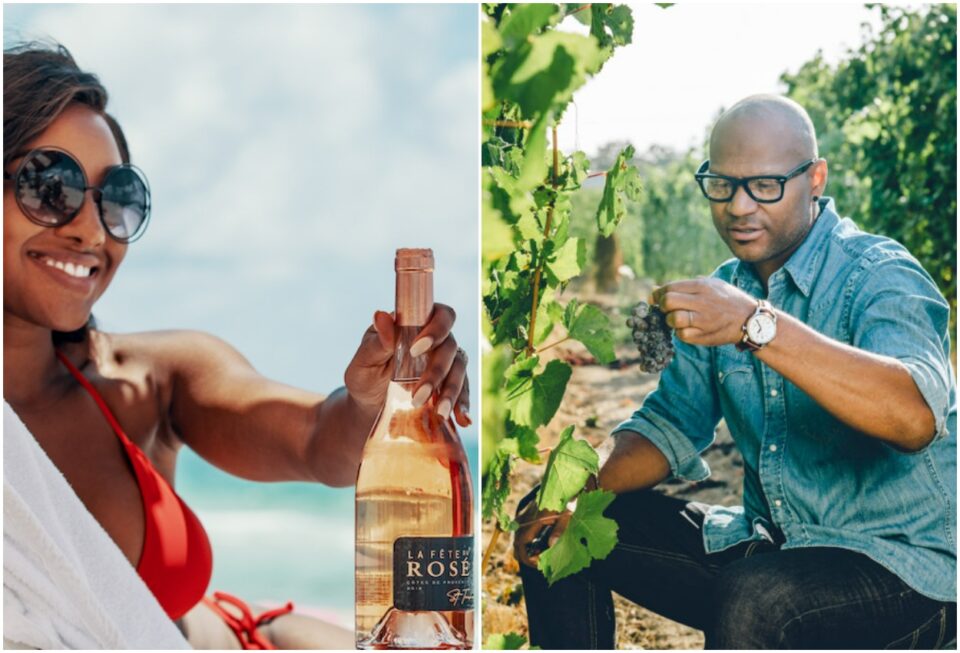 If you’re traveling on Jet Blue’s Mint class, make a toast to the Black-owned wineries featured on the airline’s latest wine menu.

According to Guilty Eats, from now until June 30, the airline is offering a limited edition wine list from five different Black-owned wineries. The list was curated by the online retailer, Parcelle.

“The list features unique varietals including a sparkling Sauvignon Blanc by Bodkin; a Provence Rose by Le Fete du Rose, perfectly timed to everyone’s favorite wine season; and a crisp Chardonnay by basketball player Dwyane Wade, just to name a few,” according to a press release.

Bodkin Wines was founded by Chris Christensen, an Iowa native, in 2011. The following year, Christensen made America’s first sparkling Sauvignon Blanc, which became the flagship wine for the brand. In 2013, Andrew Chambers, an Oregon native, joined the brand. Bodkin also offers a number of aromatic white wines, Zinfandel-based co-ferments, and quaffable rosés.

Wade Cellars was established in 2014 as a partnership between now-retired NBA star Dwyane Wade and the Pahlmeyer family, a Napa Valley family winery. The brand first launched in Shanghai and China with Wade Oakville Cabernet Sauvignon and Three by Wade Red Blend. In 2018, Wade Cellars’ wine became available for purchase in the U.S. The inaugural vintage of Three by Wade Chenin Blanc, which will be featured on Jet Blue’s wine list, launched in May 2020.

After 15 years in the wine industry, Donae Burston launched La Fête, a premium rosé wine label geared toward multi-ethnic and multi-generational people who are passionate for life, travel, food, and rosé. La Fête du Rosé is produced in partnership with the winemakers of Chateau Saint-Maur, situated in the heart of St. Tropez.

Founded by sommelier André Hueston Mack, Vine & Supply is crafted from a diverse set of clones, soil types, and microclimates wholly within the Willamette Valley. The wine company offers a classic Oregon Pinot Noir with flavors of black cherry and marionberry and a lingering red raspberry and spice.

According to Jet Blue, “These five wineries stood out for their unique varieties, all of which pair wonderfully with our delicious fare from Pasquale Jones onboard. This latest effort underscores the airline’s commitment to not only supporting small businesses, but also continuing to diversify JetBlue’s roster of onboard business partners.”