Jimmie Lee Solomon, Trailblazer Who Became One Of The Most Powerful Sports Executives, Dies At 64 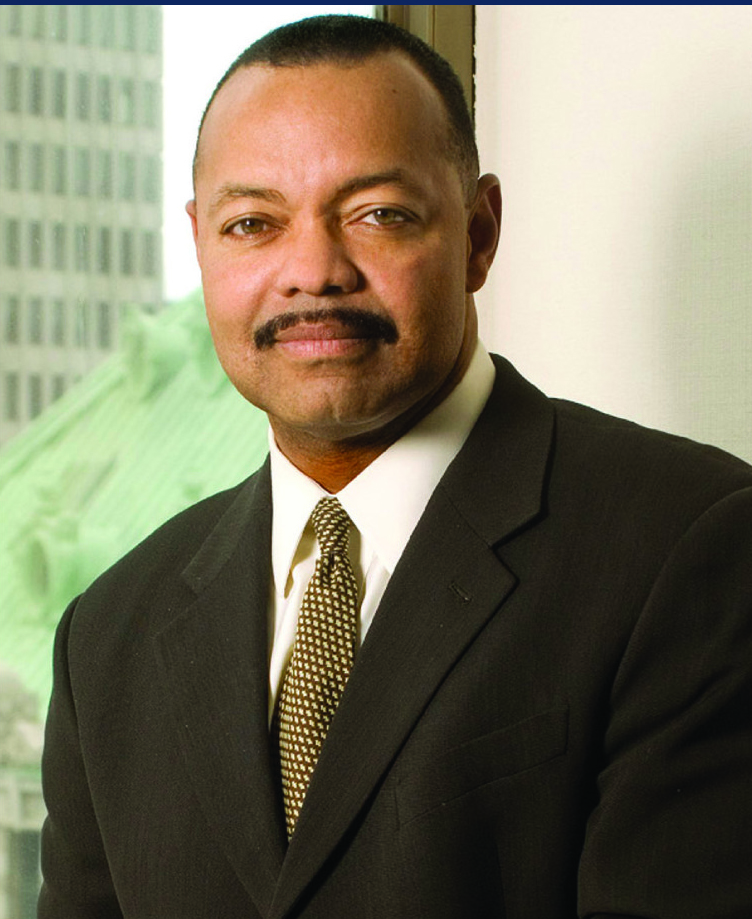 Leaders from the worlds of sports, business and politics are mourning the loss of Jimmie Lee Solomon, the trailblazer who broke barriers to become one of the highest-ranking executives in Major League Baseball. Among the most powerful sports executives during his 21-year tenure with MLB – from 1991 to 2012 – he influenced virtually every aspect of the nation’s favorite pastime. Moreover, the dynamic business leader sought to diversify and introduce talent to the league through establishment of urban youth academies and the annual Futures Game for top prospects, among other initiatives.

His sudden death was announced on Oct. 9 by Houston Mayor Sylvester Turner, a friend, and Harvard Law School classmate. He was 64. “Today, I have lost a close friend, a trusted confidant, and a man who has been like a brother to me since shortly after the day we met at Harvard Law School,” Turner said in a released statement. “Jimmie Lee Solomon came from humble beginnings, but he was the epitome of what it meant to build a successful life by working hard and making a difference in others’ lives.”

In a text to the Associate Press, Houston Astros Manager Dusty Baker said he was devastated by the loss of his “great friend and brother. I even called Jimmie Lee hoping he would answer the phone… Hoping that someone was wrong.”

Shortly before his death, CNBC reported that he decided to join Baker at Playrs, an operating firm under private equity firm, Turn2 Equity Partners . He would have served as the unit’s president, charged with helping it raise $25 to $30 million to acquire sports-focused tech startups unable to gain backing due to the Covid-19 pandemic.

In chronicling his rise within the sports industry, BLACK ENTERPRISE shared his grand-slam achievements as well as his inclusion on its 2005 list of the 50 Most Powerful African Americans in Sports.

In 1991, Solomon was tapped by then-Baseball Commissioner Fay Vincent to become director of minor league operations with oversight of the minor’s 17 leagues, 175 teams and more than 5,000 players. In his role, he diffused contention between the MLB and its farm clubs. By 2000, he was promoted to senior vice president of baseball operations and then named executive vice president of baseball operations in 2005. The transition led to his management of major league, minor league, and international operations as well as the Major League Scouting Bureau and the Arizona Fall League. Moreover, he implemented and enforced major league rules and regulations, reviewed game protests and club-to-club grievances and handled approval of contracts, facilities, and ground rules.

At the time of his appointment, Solomon told BLACK ENTERPRISE about the challoenges of African Americans piercing the glass ceiling despite having exceptional qualifications and credentials. “Many have butted their head up against it and kind of cracked it, but it’s not wide open,” he said at the time. “We’re going to have to struggle, squeeze, and sometimes tighten our belts to get through.”

That process has always been a part of his professional ascension. BLACK ENTERPRISE reported that as a youngster coming of age in Thompsons, Texas, the son of a cattle rancher never imagined he would become one of sport’s top decision makers. But behind his modest country-boy façade, Solomon was never content with “staying down on the farm”. A history major, Solomon received a full academic scholarship to Dartmouth College, where he distinguished himself in collegiate athletics as an All-Ivy sprinter in track & field and a wide receiver on its football team in which he caught 37 passes for 420 yards during two varsity football seasons.

After graduating with honors from Harvard Law School in 1981, he moved to Washington, D.C., and joined the law firm of Baker & Hostetler where he handled legal work for the NFL and its players

Seeking To Diversify The Game

The enterprising exec shared his philosophy in creating these venues, having cited that from Little League to high school to college Black participation in baseball had dramatically slid over the decades. “I think there is a direct correlation to the number of African Americans you see on the field, on the diamond to the numbers you see in the stands, you see watching television, and you see buying merchandise,” he told BLACK ENTERPRISE at the time. “When an African American kid looks up and sees a superstar player on the field or on the diamond or on the court, and that person looks like him or her, they tend to be attracted to that athlete much more readily than to one who does not look like them. They also believe they have an opportunity to emulate that athlete, and they work hard to do that.”

Solomon also advocated for an increase in the allocation of baseball scholarships for top Black high school athletes to pursue the sport.

Always committed to putting new talent on deck, he was also responsible for the development of the Futures Game, an annual tradition in advance of the All-Star Game. And to pay tribute to those who fought on and off the field for equal rights, he created The Civil Rights Game and its related activities.

Even after leaving MLB, he engaged in consulting for sports organizations and pursued new business ventures. Solomon, however, never lost sight of trying to elevate Blacks on and off the field.