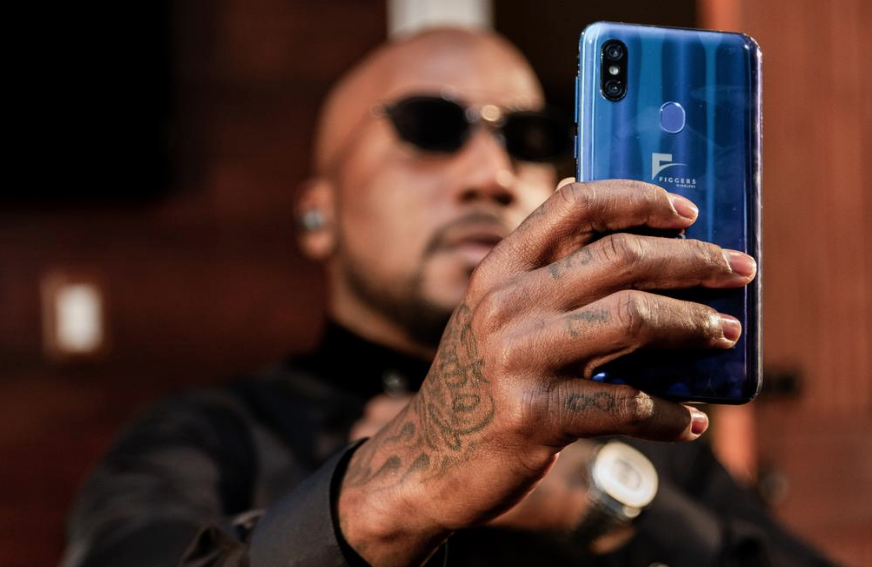 The goal of the partnership is to democratize the wireless products market. “There was a point in my life where I wasn’t able to pay the phone bill,” said Jeezy in a press release statement. “Now as a businessman and entrepreneur to be able to partner with Freddie, [Freddie Figgers, founder of Figgers Communications] someone who overcame similar life obstacles, and to give people more access to handheld technology at an affordable price, it’s truly a blessing.”

Celebrity involvement in the telecom space is on the rise. Earlier this year, T.I. backed and endorsed Moolah Mobile—a platform that allows users to share in revenue from ads on their mobile devices.

According to a press release, the first products to launch under the new partnership are the F3 cellular phone and the F-Buds earpods. The F3 5G-ready cell phone features a 6.2″ edge-to-edge 4K display with 18-megapixel dual cameras. The F3 can be used with any mobile carrier.

Other products to be released under the brand include, the F-Buds, wireless headphones. The F-Buds are designed to pair up with any Bluetooth device, phone, and tablet. When paired with Figgers’ phones the F-Buds can translate over 100 languages to the language of choice. The F-Buds support 50 hours of talk time on a single charge and can be fully charged in just 30 minutes, again, according to the company’s press release.

“The Jeezy/Figgers Wireless partnership is a natural evolution of two men who experienced some of the same challenges during our upbringing but rose above those circumstances to make our mark.”