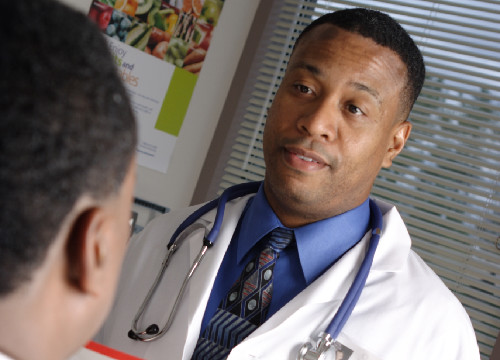 This month, BlackEnterprise.com presents Month of the Man, where we bring you career features tailored for male leaders of color all over the world.

Employment in science, technology, engineering and mathematics (STEM) careers is growing and expected to continue to grow through 2018. According to a U.S. Department of Commerce report, STEM jobs are expected to grow 17% by 2018. Non-STEM jobs? Less than 10%.

Those working in STEM enjoy higher wages and lower unemployment, but in despite of recruiting and education efforts, minorities, specifically black men, remain underrepresented. A National Science Foundation study, Diversity in Science and Engineering Employment found only 15% of scientists and engineers were minority men—238,000 were black men compared with 5 million who were white and 840,000 who were Asian.

If you’re a young male leader of color, a job seeker looking for a change or a student still searching for career options, you can help close the gap by considering these five STEM jobs in demand today:

Those with a talent with numbers could have a promising career as a statistician. Expected to grow 14 percent by 2020, the Bureau of Labor Statistics predicts “job prospects will be very good.â€

Statisticians are tasked with analyzing and interpreting data sets and about one-third of them work for the government. Compared to the 759,450 white men and 252,000 Asian men who worked in computer and math sciences in the Diversity in Science and Engineering Employment study, only 35,700 black men worked in the field.

The demand for architects, or architectural engineers, is expected to grow 24 percent by 2020, faster than other career paths. And those who stand out as the most creative will have the best opportunities, according to the Bureau of Labor Statistics.

Like in many STEM fields, the lack of diversity is startling. According to the American Institute of Architecture, only 1% of licensed architects were black.

Geoscientists study the composition and structure of the Earth, usually in offices, labs and out in the field.

According to the Diversity in Science and Engineer Employment study, only 1,904 black men surveyed worked in the physical sciences.

By 2020, the Bureau of Labor Statistics predicts the employment of geoscientists to grow by 21%, faster than average when compared to other occupations, specifically in management and technical consulting services.

Everything we do on our computers, from Internet operating systems to apps, was the work of a software developer. The demand for computer software is high, according to the Bureau of Labor Statistics and the 30 percent expected job growth reflects this need.

More black men—35,700—worked in computer and math sciences than any other science and engineering field explored in the Diversity in Science and Engineering Employment study. They were still underrepresented when compared to women and white and Asian men.

Identified as one of the fastest growing occupations by the Bureau of Labor Statistics, biochemists study cell development and growth, among other chemical and physical properties of living things. A 31 percent growth is expected by 2020, a demand for biochemists to develop products and processes to help improve the lives of the public, according to the BLS Occupational Outlook Handbook.

As with the field of physical sciences, only 1,904 black men surveyed in the Diversity in Science and Engineering Employment study worked in careers in biological, agriculture and life sciences.

FacebookTwitterYoutube
← Everything You Need to Know About Appleâ€™s WWDC 2013 Reveal ← Get Hired: Top Jobs For Recent Graduates
×