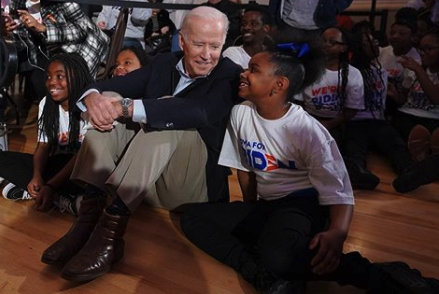 Recent polls show Democratic presidential candidate Joe Biden ahead of Donald Trump as the country moves closer to the 2020 elections in November. One of the reasons for this is because, unlike Trump, Biden utilizes staffers from different races and walks of life to better understand the different demographics he must reach in order to win the election.

The Trump administration said that its campaign currently has 52% of women making up his senior staff and that a quarter of those senior staffers identify as people of color.

The Huffington Post also reported that the Biden campaign identified its senior staffers’ roles as “department heads, senior advisors, deputy campaign managers,and senior consultants who spend the majority of their time on the campaign.” Despite the missing racial data, black women specifically have proven to be a huge force behind his surge in polls with many serving as his core staff.

Some of these people include Symone Sanders and Karine Jean-Pierre, both of whom serve as his senior advisers; Ashley Allison, who serves as Biden’s national coalitions director; Paige Hill, his national surrogates communications director, and Carissa Smith, who serves as his women’s vote director.

“My role is to mobilize and ignite women voters across the country through relational organizing,” Smith told The Grio. “My portfolio is focused on our Women for Biden program, which is an effort to grow our network by recruiting more women, especially in target battleground states, and reaching more women with Joe’s message on the ground.”