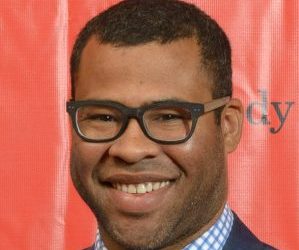 According to The Hollywood Reporter, Jordan Peele has inked a five-year deal with Universal Pictures.

Through a statement published on Forbes, Donna Langley, chairman of Universal Filmed Entertainment Group, states: “Jordan has established himself as a premier voice and original storyteller with global appeal. He is leading a new generation of filmmakers that have found a way to tap into the cultural zeitgeist with groundbreaking content that resonates with audiences of all backgrounds. We also share an important goal with Monkeypaw when it comes to increasing representation onscreen in the characters that are portrayed, the stories that are told and the people who tell them.”

Jordan also expresses excitement about the deal, “It would not have been possible to make Get Out and Us without the endless trust and support we received from Donna Langley and the team at Universal. Their willingness to take risks and their commitment to original content makes them the perfect collaborative partner for Monkeypaw. I couldn’t be more excited for what lies ahead.”

Monkeypaw (Peele’s production company) is currently in production on a reimagining of the horror film Candyman, written by Peele and Rosenfeld and directed by Nia DaCosta (“Little Woods”). Peele also expressed his thankfulness through his Twitter account, “Thank you for all the support and love! More content coming at ya!”

Peele got his career started in 2003, as a cast member on the Fox sketch comedy series Mad TV. After starring on the series for five seasons, he left the show in 2008. He and his Mad TV collaborator, Keegan-Michael Key, created and starred in their own Comedy Central sketch comedy series Key & Peele (2012–2015). Peele also co-created the TBS comedy series The Last O.G., which stars comedians Tracey Morgan and Tiffany Haddish (2018–present) and also serves as the host and producer of the CBS All Access revival of The Twilight Zone (2019–present).

His movie credits include Peele co-writing, producing and starring in Keanu (2016) and has voice acted in Captain Underpants: The First Epic Movie (2017) and Toy Story 4 (2019). The 2017 horror film Get Out was his directorial debut, for which he received numerous accolades, including the Academy Award for Best Original Screenplay, as well as nominations for Best Picture and Best Director. He received another Academy Award nomination for Best Picture for producing Spike Lee’s BlacKkKlansman (2018). His most recent film horror film, Us, which he directed, wrote, and produced, was another critically acclaimed hit that was released earlier this year.