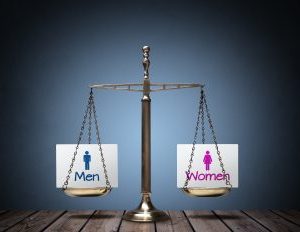 Throughout my career, I have worked with many types of businesses and in many types of companies. From my waitressing job in collegeÂ to my position at a successful social media company, and on to being a partner at an agency, the one thing that has always stuck out to me is that we need more women in charge. At first, I just assumed that not as many women wanted the role, but as time went on I realized that it was much bigger than that. This lesson hit me when I started hiring people myself. I noticed that when I interviewed women, they were more skeptical of their capabilities than their male counterparts. In fact, men with less experience often seemed more confident in their ability to perform a job and were willing to ask for more perks.

Why? I believe that this comes from having fewer people push you along the way. I was that same girl: the one who didn’t know if she was capable. The shift in my attitude and confidence came to me through a very a strong boss and mentor. My boss, business partner, mentor, and sponsor, Abhilash Patel, pushed me to do exactly what I said I wanted to do. He never let me slide, never let me question my abilities, and held me to very high expectations. This relationship changed me forever and made me more successful. We need men and women to help change gender inequality in the workplace. We need more men and women like Abhilash who don’t allow peopleÂ to quit, but instead push them forward. We need to bring men to the discussion of equality. This is not just about women: equality is about everyone, and we need everyone’s participation to succeed.

This past year, I had an opportunity to interview writer, director, and producer Joss Whedon hours before he was honored at theÂ L.A. Chapter’s Media Summit in support of #HeForShe, a movement for both men and women to promote gender equality within their communities. Women like Jennifer Lawrence and Robin Wright have fought these battles publicly, but it’s time that male colleagues joined women in equalizing their industry. Joss Whedon is a perfect example of a man stepping forward to fight the battle for equal pay. He hasÂ consistently pushed strong female roles to become an unremarkable standard. Whedon told us why we must pay more attention than ever to elevating women in media. For the purpose of this article, I asked him the following questions:

What does the word feminist mean to you?

“It’s someone who’s just trying to restore a balance that’s been missing from our culture for far too long. It means understanding the effect you have on the people around you, and what a certain amount of respect can accomplish in your daily life–as much as the more tangible things like, ‘People should get paid.’â€

You’re known for writing strong female characters. Do you find it funny that you get pinpointed as “that guy,â€ and do you think it’s because not as many people are doing that?

“That was always weird to me. I was like, ‘There have to be other people, right? The clubhouse is really empty. I think the fact that it’s remarked upon is the very problem we’re here to deal with tonight: the fact that it’s remarkable. I think, now, if I started doing the work that I used to do, it would be less remarkable. Things have definitely come forward from when I started.’â€

I read a statistic that it would take 44 years for the pay to be equal, maleâ€‘female, if we go at the pace we are at currently. What do you think both men and women can do to help speed up that timeline?

“We need to overcompensate a little bit for the fact that we’ve been under compensating forever. Things have to be pushed to be even. People have to make decisions that may seem counterintuitive to a businessman every now and thenÂ because they’ll pay as little as they can to everyone.