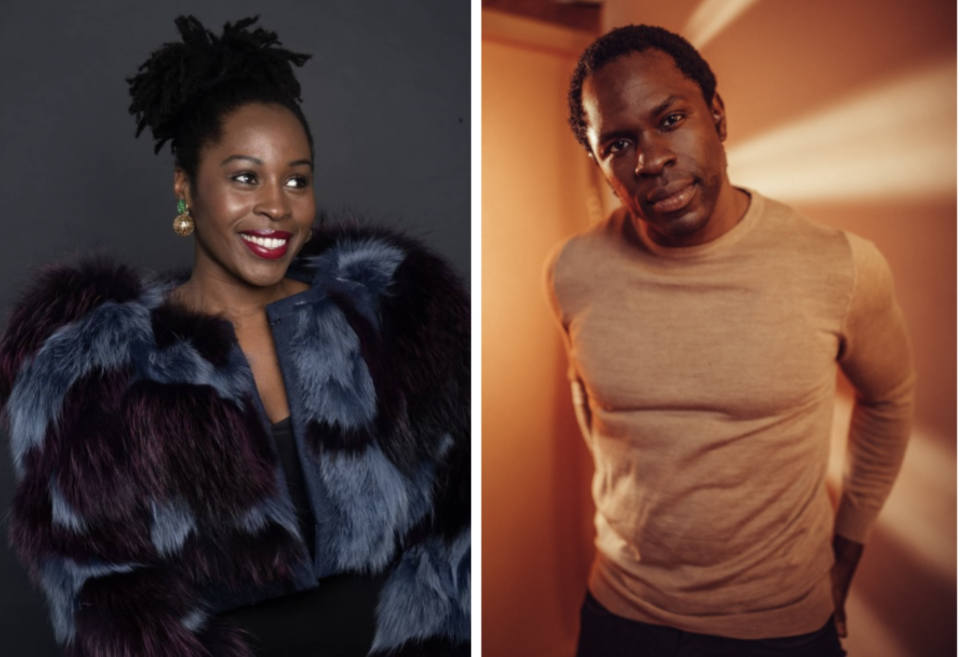 As previously reported by BLACK ENTERPRISE, sexual assault charges against journalist Lola Adesioye were dropped after she was arrested on May 26, 2021.

Adesioye worked for such outlets as The Guardian and the New Statesman. Her temporary employment with actor Gbenga Akinnagbe of HBO’s The Wire led to her arrest on the grounds of forcible touching, sexual abuse, and harassment, the New York Post reports.

Adesioye filed a complaint with the New York City Department of Consumer Affairs, Office of Labor Policy & Standards in 2020. Adesioye believes Akinnagbe retaliated because of the filing and had Adesioye arrested in May of 2021.

Court documents obtained by BLACK ENTERPRISE show she is seeking compensatory damages, attorney’s fees, and punitive damages for her “suffered financial and emotional damage,” for defamation, false arrest and retaliation.

“In that first binder are hundreds of text messages back and forth from one another that make it very clear that you have two young people flirting with one another,” Gottlieb said to the Post. “They were talking about snuggling…They talk about kissing.”

The messages cover three different periods, before the alleged incident of sexual abuse, between the other two occurrences, and beyond the reported conflict, Gottlieb tells the Post.

The interaction between Adesioye and Akinnagbe allegedly dissolved after she rented his Brooklyn property and started working as his assistant. When she requested compensation for the work she was doing for him, like writing press releases and working 24/7, their partnership abruptly ended.

Talking with BLACK ENTERPRISE, Adesioye said when working with Akinnagbe as his assistant they discussed remuneration.

“Yes, we did, it was a verbal agreement,”  she replied.

BE further inquired if Akinnagbe considered that they were in a relationship to assume that she would work for him for free despite the fact they had already discussed her compensation.

Adesioye denies that she was in a relationship with the actor and points to her complaint, line 19, “At this time, Ms. Adesioye was unaware that Akinnagbe had a long history of exploiting, abusing, and otherwise taking advantage of women, both socially and professionally.”

“We had several discussions in which I continually asked to be paid. Eventually, he said I was being ‘aggressive’ when I asked for payment and said that he would thereafter refuse to discuss anything outside the landlord/tenant relationship and that I should hash it out with him in court,” she recalls.

“He also told the Department of Labor that I’d offered to be an unpaid volunteer, even though it is actually illegal for for-profit companies in New York to have volunteers.”

Akinnagbe declined to compensate her for work and time resulting in Adesioye standing her ground and reportedly refused to pay her rent. Eventually, the two disputing parties settled in court then Adesioye was hit with sexual assault charges, according to her attorney, the Post reports.