by  Jeffrey McKinney
October 13, 2017
The 2006 New Jersey Teacher of the Year is revolutionizing the way math and science are taught. At the core is the belief that all children can learn STEM.

Washington, D.C. is home to some of the most powerful people, business, and government entities in America. Paradoxically, the nation’s capital also has some impoverished neighborhoods with woes that include high joblessness, failing businesses, and inadequate affordable housing. 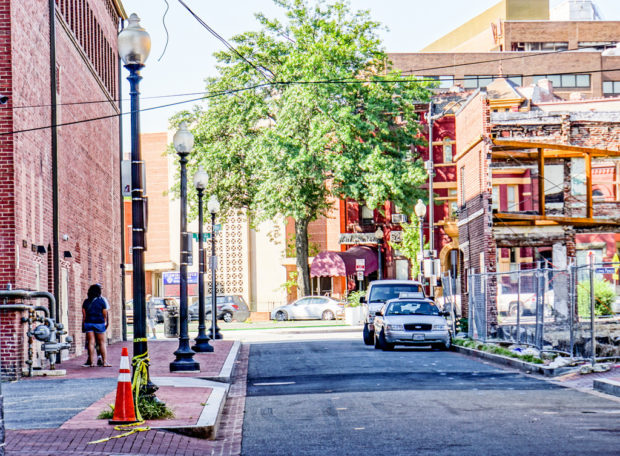 (A street in D.C. Image: Flickr/tedeytan)

Banking giant JPMorgan Chase & Co. aims to lessen the economic disparity dilemma by investing $10 million over three years into the District’s Wards 7 and 8.

“Greater Washington is one of the world’s most economically influential regions yet not all residents benefit equally,” Jamie Dimon, chairman and CEO of JPMorgan Chase said in a statement. “We’re investing in D.C. because we see local leaders working together and innovating to make the opportunity available to all Washingtonians no matter the neighborhood they live in.”

The investment is the bank’s third in a major U.S. city. JPMorgan announced in September its plan to invest $40 million to help deter violence and poverty in Chicago’s South and West sides. That announcement came just before the bank’s Washington, D.C. commitment. In 2014, the bank invested $100 million in Detroit when the city was experiencing bankruptcy. JPMorgan later raised the amount to $150 million after claiming success from its initial investment.

JPMorgan Chase plans to use several global initiatives to help spur growth in Washington, similar to the model it adopted for Detroit and Chicago. Those efforts will include offering workers job and skills training and providing minority small business owners capital and expertise they need to grow. The bank intends to help revitalize underserved neighborhoods by investing in affordable housing.

The bank contends Greater Washington has the nation’s third-largest regional economy. The region includes the largest high-tech corridor outside of Silicon Valley and a highly skilled and educated workforce. Plus, Washington for years has been one of the nation’s most expensive housing markets for home buyers and renters.

Still, parts of the region are hurting. The District’s Wards 7 and 8 and adjacent counties in Maryland are facing high poverty and unemployment rates, displacement of local businesses, economic instability, and limited affordable housing, bank and local officials say.

Some $5 million of the bank’s investment will be used by a Washington, D.C.-based collaborative of Community Development Financial Institutions (CDFIs) to address the racial and economic disparity in those wards stemming from the development of the 11th Street Bridge Park. That project will connect some of the region’s poorest areas with wealthier ones. A few are concerned the project could create gentrification by bumping up housing prices, making housing in the area too costly for some residents.

“We’re thrilled that JPMorgan Chase recognizes the community-driven work we are doing to ensure nearby residents can stay and thrive in place,” stated Scott Kratz, director, 11th Street Bridge Park, a project of Building Bridges Across the River. “Bringing affordable housing, job opportunities and wealth creation are critical to maintaining the integrity and sustainability of the neighborhoods east of the Anacostia River.”

The remaining $5 million will be used to provide more residents in Wards 7 and 8 and throughout D.C. with opportunities to benefit from the region’s economic growth. For instance, the money could be used to provide loans to black-owned small businesses.