JPMorgan Chase Elects Businesswoman Mellody Hobson to Its Board

JPMorgan Chase has elected business magnate Mellody Hobson to its board of directors. The appointment went into effect last week, just as Crandall C. Bowles announced her retirement from the board.

The global banking conglomerate released a statement welcoming Hobson, “one of the most highly respected and knowledgeable leaders in business today.” She brings to Chase three decades of experience in “corporate governance, financial markets, communications and leadership. We are extremely fortunate to attract such an outstanding director to our firm, and we are looking forward to working with Mellody and learning from her,” said JPMorgan Chase Chairman and CEO Jamie Dimon in the statement.

Since 2000, Hobson has served as president of Ariel Investments, one of the largest black-owned money management and mutual fund firms in the U.S. She launched her career at the Chicago-based investment management firm as an intern shortly after graduating from Princeton University. Recognized as a standout employee, she rose through the ranks to become the senior vice president and director of marketing before being named president. Under her leadership, Ariel Investments was named No. 1 on the BE Asset Managers list in 2003.

“JPMorgan Chase is one of the most dynamic, successful companies in the world today—impacting the financial lives of millions of people and doing so with integrity and expertise,” Hobson said. “I’m very excited about bringing my knowledge and experience to the company and helping make it an even more valuable resource for its customers and communities.”

While still in her 30s, Hobson was appointed as a board director of Starbucks. In addition, the 48-year-old businesswoman serves as a board member of the Estée Lauder Companies, Inc. Plus, she works with a number of civic, non-profit, and professional organizations, acting as a director of the Chicago Public Education Fund; chairman of After School Matters, which provides Chicago teens with high-quality, out-of-school time programs; and director of the Economic Club of Chicago.

Hobson, who was a keynote speaker at the Black Enterprise 2015 Women of Power Summit, is a regular commentator for CBS News, Black Enterprise magazine, and other media outlets. Furthermore, Hobson and her husband, Star Wars creator George Lucas, donated $10 million in support of black and Hispanic students pursuing cinematic arts at the University of Southern California in 2015.

Corrections: An earlier version of this article mistakenly stated that Mellody Hobson is currently a board member at DreamWorks Animation. Hobson stepped down as Chairman of the Board of DreamWorks in 2016. 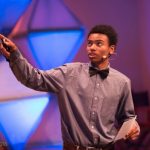 6 Black Teens Who Are Changing The World 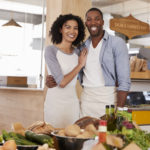