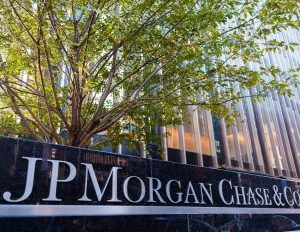 JPMorgan Chase & Co. has agreed to pay $55 million to settle a lawsuit filed by U.S. Justice Department, accusing the bank of discriminating against minority borrowers by allowing mortgage brokers to charge them more for home loans, a person familiar with the matter said on Wednesday. The Justice Department also accused the bank of willfully violating the U.S. Fair Housing Act and the Equal Credit Opportunity Act.

Between 2006 and 2009, JPMorgan charged some 53,000 black and Hispanic borrowers more than white borrowers with the same credit and risk profile, according to the lawsuit filed by U.S. Attorney Preet Bharara inÂ Manhattan. African American borrowers were charged an average of about $1,126 more for a $191,100 mortgage loan, while Hispanic customers were charged $968 more, on an average loan of $236,800. The lawsuit claims that these borrowers suffered “tens of millions of dollars in damages,â€ according to various news reports.

In a statement, JPMorgan denied the allegations, saying,”We’ve agreed to settle these legacy allegations that relate to pricing set by independent brokers. We deny any wrongdoing and remain committed to providing equal access to credit.â€

The alleged discrimination involved so-called wholesale loans that were made through mortgage brokers the bank used to help originate loans, the complaint said. Chase gave its independent mortgage brokers the discretion to adjust pricing based on factors not related to borrower risk without documentation or justification, the government alleged. The lawsuit also accuses Chase of rewarding brokers with bonuses for charging interest rates above those based on standard credit criteria.

As a result of that discretion, minorities were charged more for home loans than white borrowers with the same credit profile, paying tens of millions of dollars in additional mortgage costs, the complaint says. The average African American borrower paid about $1,126 more over the first five years, on an average loan of $191,100, according to the government, while the average Hispanic borrower paid about $968 more, on an average loan of $236,800.

Chase did not require mortgage brokers to document the reasons for changing rates and failed to address racial discrimination, encouraging it to continue. But, according to federal law enforcement, the bank should have known that minority borrowers were routinely charged more than their white counterparts through that “wholesaleâ€ lending program. Chase’s pattern “of discrimination has been intentional and willful, and has been implemented with reckless disregard of the rights of African American and Hispanic borrowers,â€ per the lawsuit.

The Justice Department has been pursuing a number of banks over alleged discrimination. From 2010 to 2014, the agency’s Civil Rights Division obtained more than $1.4 billion in relief under fair housing laws, according to an August report. Cities around the country, including Miami, Baltimore, and Los Angeles, have filed lawsuits claiming that major banks targeted minorities for high-cost loans that often ended in foreclosures.