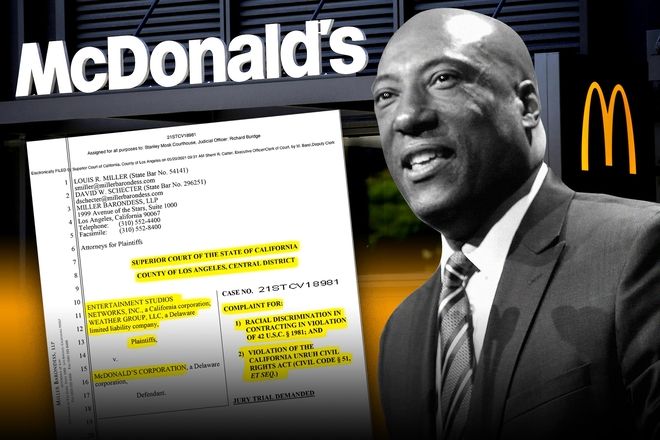 The ruling requires the fast-food giant to refile its request or respond to Allen’s lawsuit by Jan. 27. Allen filed the $10 billion racial discrimination lawsuit last May, claiming McDonald’s does not offer the same treatment on advertising spending on his platforms as it does with white-owned media.

According to Allen, Black-owned news media entities, like BLACK ENTERPRISE or Roland Martin’s Nu Vision Media, are being shortchanged, only receiving $5 million out of Mcdonald’s spending budget of about $1.6 billion on ads.

“We look forward to presenting our enormous evidence in court, which will prove the systemic racism at McDonald’s,” Allen said in a statement. “And I firmly believe the board at McDonald’s should fire the CEO Chris Kempczinski immediately.”

McDonald’s called the ruling procedural in a statement to Bloomberg, adding it will refile its request.

“McDonald’s will refile its motion to dismiss by January 27 and continues to believe plaintiffs’ claims are meritless,” the company said in a statement. “This case is about revenue not race, and plaintiffs’ groundless allegations ignore McDonald’s legitimate business reasons for not investing more on their channels and the company’s collaboration with diverse-owned partners.”

Allen also took out a full-page advertisement in the Detroit Free Press calling General Motors CEO Mary Barra racist after refusing to meet with him and other Black-owned media companies “consistently, over time and after multiple requests.”

“General Motors spends billions of dollars in advertising and less than 0.5% goes to Black-owned media. This is horrendous, considering that we as African Americans make up approximately 14% of the population in America and we spend billions buying your vehicles,” the ad stated.