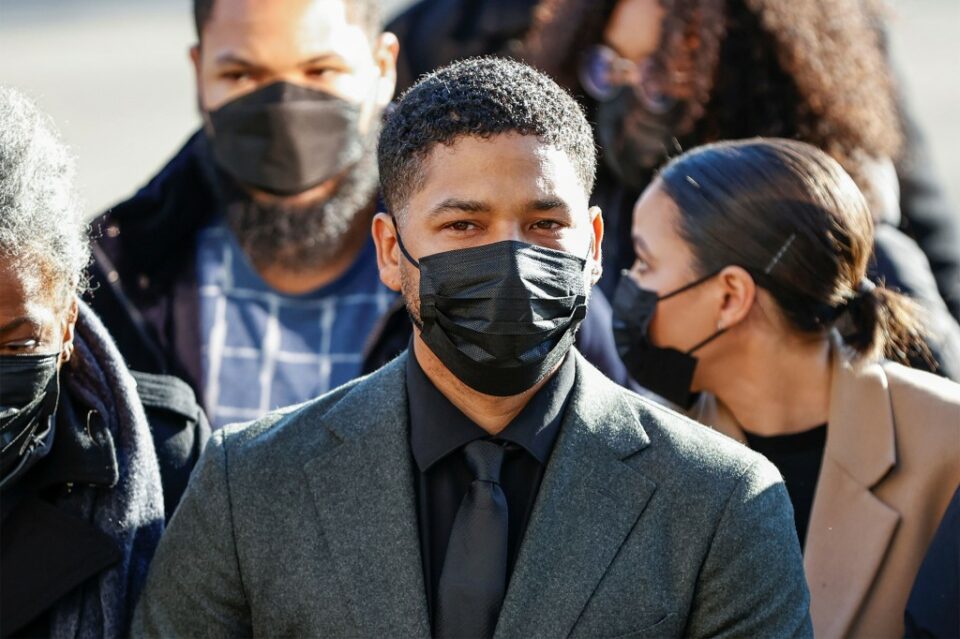 After his attorneys put in a request to have their client released pending the appeal of his case, Empire actor Jussie Smollett was released from jail on Wednesday.

According to NBC News, a court has granted a motion Wednesday that allows Smollett to be released from jail pending an appeal. The motion requested that the sentence be stayed or placed on hold. The actor left jail around 8 p.m., got into a waiting vehicle, and left without answering questions.

Smollett is appealing a recent sentence of 150 days in jail after being convicted of falsely reporting to police that he was the victim of a racist and homophobic attack in 2019.

Last week, Cook County Circuit Judge James Linn also gave Smollett 30 months’ probation in addition to the jail term. He was also instructed to pay approximately $120,100 in restitution to the city of Chicago and was also fined $25,000.

Smollett’s attorney, Nenye Uche, stated that his client’s process has been unconstitutional.

When Smollett was arrested and indicted in 2019, the charges against him were initially dropped. A deal was made that included community service and a $10,000 bond forfeiture. After the agreement was reached, a special prosecutor was appointed, and Smollett was then indicted in 2020, which led to the recent trial, conviction, and sentence.

“In this country, you cannot punish a person twice,” Uche said to reporters.

Earlier this year, according to TMZ, lawyers for the former Empire actor filed an emergency motion on Monday asking a judge to release Smollett from jail while awaiting his appeal. They claim several factors should be considered in releasing him, including threats sent to his family and his mental health.

As BLACK ENTERPRISE previously reported, the now-disgraced former Empire star was found guilty of five counts of disorderly conduct for making false crime reports to Chicago police, saying he was a hate crime victim in 2019.

According to USA Today, Smollett was found guilty on five of the six counts of disorderly conduct — one count for each separate time he was charged with lying to police after the attack.
On the sixth count, Smollett was acquitted of lying to a detective in February, several weeks after he initially claimed he was attacked.