Jussie Smollett Breaks Silence, Still Proclaims Innocence: 'If I Had Done This, I’d Be a Piece of S**t' 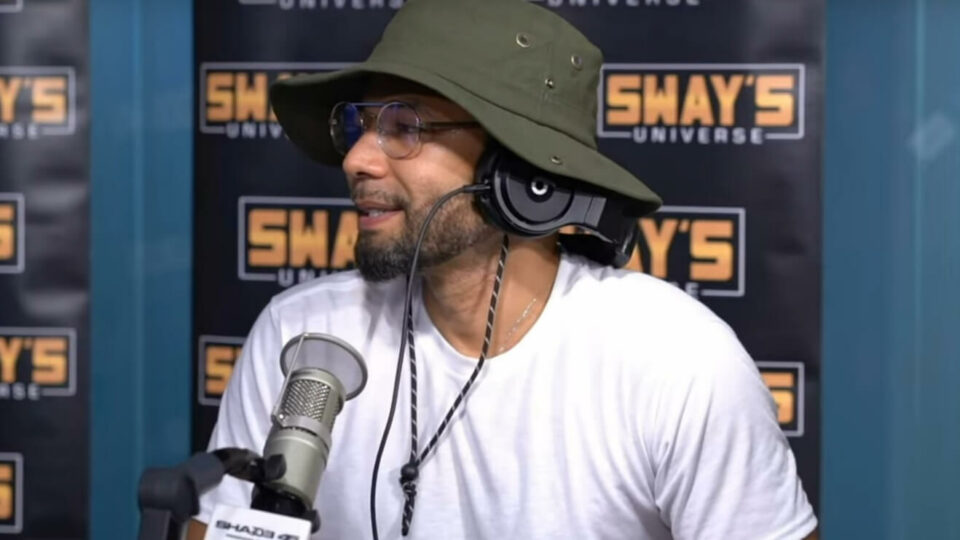 (Image: Sway in the Morning/Screenshot)

Empire actor Jussie Smollett speaks about his brief time in jail and the clarity he gained from his week stay in a Chicago prison.

Still insisting that he didn’t stage the attack that sent him to prison, Smollett appeared on Sway Calloway‘s Sway in the Morning radio show earlier this week to talk about his directorial debut, B-Boy Blues, on BET+.

Smollett opened up to Sway and his co-host, Heather B, to discuss what led to him being found guilty of staging an attack several years ago on a Chicago street.

“If I had done this, I’d be a piece of s**t, and I don’t think that that’s really questionable,” once again denying that what he was found guilty of transpired.

“Again, it’s something I wanted to say. If I did something like this, it would mean I stuck my fist in the pain of Black Americans in this country for over 400 years. We’re not even talking about in Africa because that’s an even deeper, larger conversation. It would mean that I stuck my fist in the fears of the LGBTQ community all over the world.”

The 40-year-old actor was found guilty of paying two men to pose as racist and homophobic Donald Trump supporters and attack him with a noose and bleach. He was sentenced to 150 days in jail, 30 months of felony probation, and ordered to pay restitution of more than $120,000 and a $25,000 fine for lying on police reports in a hate crime hoax in January 2019.

According to NBC News, a court granted a motion that allowed Smollett to be released from jail pending an appeal. The motion requested that the sentence be stayed or placed on hold. He was released after serving a six-day sentence.

He also spoke about feeling in good spirits and being in therapy as he tries to revive his career.

According to Variety, the embattled artist has found a home for a project that showcases his debut as a director. BET+ picked up a film he directed, B-Boy Blues. Joining Smollett on the project is reality TV maven Mona Scott-Young and her production company, Monami Entertainment. Scott-Young signed on as a producer and was instrumental in getting the film on BET+.