'Just Be Kind': Simone Biles Defends Herself After Fans Attack Her For Cancelled Tour Stops 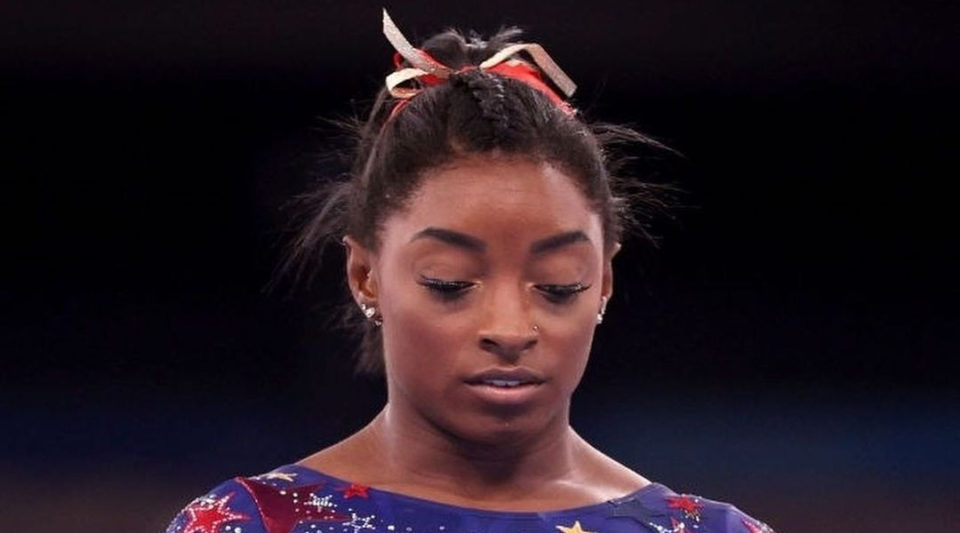 On Saturday, it was announced that two stops on Simone Biles’ Gold Old Over America Tour had been canceled due to a scheduling conflict. And gymnastics fans on Twitter unfairly directed their disappointment and frustration toward Biles.

The canceled dates are Oklahoma City on Oct. 5 and San Antonio on Oct. 6, Essentially Sports reports. The website for the AT&T Center in San Antonio attributes the cancelation to a scheduling conflict. Responding to a since-deleted tweet, the Olympian asked fans to show her some grace.

It’s as disappointing for me as it is for you. I don’t get why you guys attack me though. Just be kind. I’m heartbroken as well. It’s completely out of my control. So I apologize. Have a golden night. ✨💛 https://t.co/o6KZ7itU9a

Presented by Athleta, the Gold Over America Tour—GOAT for short in honor of Biles—kicked off on Sept. 21 in Tuscon, Arizona, and is scheduled to run through Nov. 7.

While post-Olympics gymnastics tours have become a tradition for members of Team USA, this one is a departure as Biles reportedly only agreed to do the tour if the official USA Gymnastics organization was not involved, according to Yahoo.

“This is Simone taking control,” said Valerie Kondos Field, who presented Biles with the tour concept.

“She wanted nothing to do with USA Gymnastics. That was her No. 1 priority.”

This means that for the first time in decades, the national team will not profit from ticket sales or merch, despite the inclusion of every member of the team except Sunisa Lee.

The line in the sand over the tour is just the latest in a series of public stands Biles has taken against USA Gymnastics.

Earlier this month, she testified at a Senate Judiciary Committee meeting, asking that an independent investigation be opened into the organization for failing to protect her and hundreds of gymnasts from sexual abuse suffered at the hand of former team doctor Larry Nassar.