Just Like Her Momma: Navy Master Chief And Daughter Served On Same Ship Together 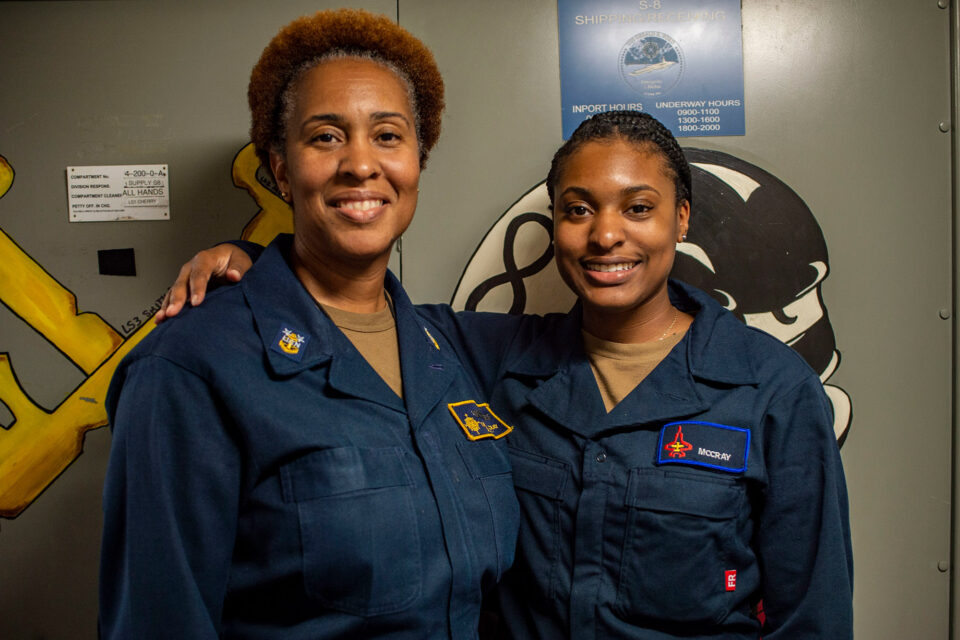 A Navy Master Chief and her daughter got the unique opportunity to serve on the same ship.

Last month, Master Chief Tonya McCray and Racquel McCray boarded the USS Gerald R. Ford so that Racquel could undergo training in the same specialty her mother chose 30 years ago.

Pilot Online reported that Racquel, 25, is a Navy neophyte and although she initially wanted to go into her father’s specialty, she eventually decided to follow in her mother’s footsteps instead.

Tonya McCray’s job on the ship is somewhat of an operations manager that integrates a few different industries into one to ensure Navy personnel have what they need. Her department ensures there’s food for the ship’s company, that they are paid, that the spare parts are readily available, and that the laundry, barbering and recreation facilities are in order.

Racquel, whose father is a Navy systems technician, also wanted to experience something that her mother’s position does;  the first full ship shock trials of an aircraft carrier in 35 years. During the trials, a series of explosions are detonated near the ship to make sure it is stable and can withstand that type of peril.

The four weeks together training on the ship seemed to bring mother and daughter together. McCray noted that during her tenure in the Navy, she has become a sort of “sea mom.” This opportunity allowed her to really live out that role.

“I was able to share what I did with my daughter every day. She saw what respect that someone of my pay grade gets on a day to day, how they look up to me, and it just felt great to be able to share that experience with her, and also, just to see her hard work,” McCray said.

The feeling of pride is similarly strong for Racquel McCray.

“It’s pretty cool walking with her. Everyone says, ‘Good morning Master Chief’, and she greets them and I’m just smiling the whole way. I feel like a proud daughter,” Racquel said.

Although Racquel would have liked to stay on the ship longer, she now knows that the specialty is the right choice for her future aspirations.