(Reuters) – The U.S. Department of Justice has empaneled a new grand jury in its investigation of former police officer Derek Chauvin, who also faces a state murder charge in the death of George Floyd in Minneapolis last year, the New York Times reported on Tuesday.

Chauvin, who is white, was seen on widely viewed videos kneeling for nearly nine minutes on the neck of Floyd, 46, who was Black and could be heard begging for his life.

Floyd’s death helped spark the biggest protest movement in decades in the United States as people took to the streets across the country and around the world to decry police brutality and racism.

Chauvin, 44, who is out on bail, has pleaded not guilty to murder in the second degree and second-degree manslaughter brought by state prosecutors.

An investigation announced last May by the Justice Department into whether Chauvin violated Floyd’s civil rights had languished, the Times reported, citing two unnamed people with knowledge of the investigation.

It has been revived since the inauguration of President Joe Biden in January, with a new grand jury empaneled and new witnesses being called, the newspaper reported.

Grand jury proceedings are secret, and the Justice Department did not respond to a request for comment, nor did Benjamin Crump, a lawyer for Floyd’s family.

Biden is not personally involved in the federal investigation in keeping with his pledge to let the Justice Department operate independently, a White House official said.

Chauvin’s state trial is scheduled to begin in Minneapolis on March 8, and the city is bracing for a return of street protests as a verdict, expected in April, draws near.

In Los Angeles, Police Chief Michael Moore responded to media reports that some officers in his department had been circulating an image of Floyd mocking his death, warning on Tuesday that any officer found doing so would be disciplined, local media reported.

Three other officers at Floyd’s arrest were also fired from the police department and will face charges later in the year of aiding and abetting Chauvin. 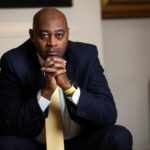 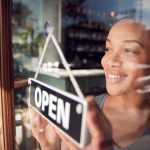