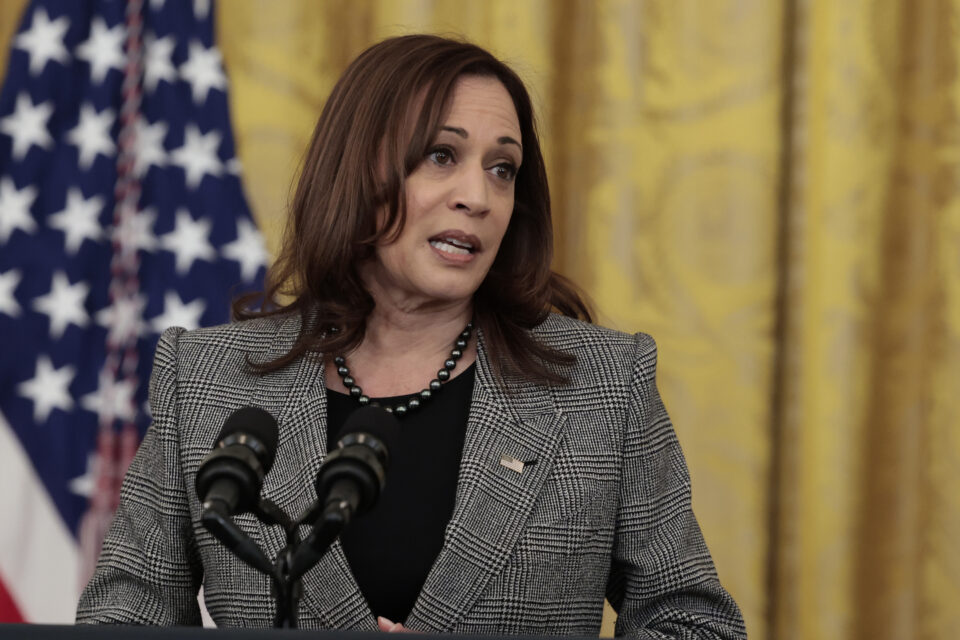 Vice President Kamala Harris is getting the word out on the Black maternal health crisis during Black Maternal Health Week.

With studies showing how Black women are three times more likely to die during childbirth than white women, the VP has deemed it a “national crisis.” Harris took to the University of California on Thursday to call out the United States for having the worst maternal mortality rate among all developed countries, HuffPost reported.

“I do believe that our nation is facing a crisis on the issue of maternal health—it’s real,” Harris said. “We know, for certain women, the risk is much higher.”

The VP noted how regardless of income or education levels, Black women are still three times more likely to die from pregnancy-related complications; Native American women are twice as likely.

“A big factor which contributes to these outcomes is systemic inequities,” Harris added. “Differences in how people are treated based on who they are…disparities that are often a matter of life and death.”

According to the Centers for Disease Control and Prevention, most pregnancy-related deaths are preventable and occur up to a year after a woman has given birth.

“Our nation is facing a maternal health crisis,” Harris tweeted. “We must take action to ensure that every woman and every mother in our nation has the care she needs to thrive.”

Our nation is facing a maternal health crisis. We must take action to ensure that every woman and every mother in our nation has the care she needs to thrive. https://t.co/DM2RNICiFo

The White House officially recognized Black Maternal Health Week in 2021 with President Joe Biden issuing a proclamation this year. The week in April was founded and is led by the Black Mamas Matter Alliance.

The goal of Black Maternal Health Week is “to bring national attention to the maternal health crisis in the United States and the urgent importance of reducing maternal mortality and morbidity among Black women and birthing persons,” lawmakers said in a statement.