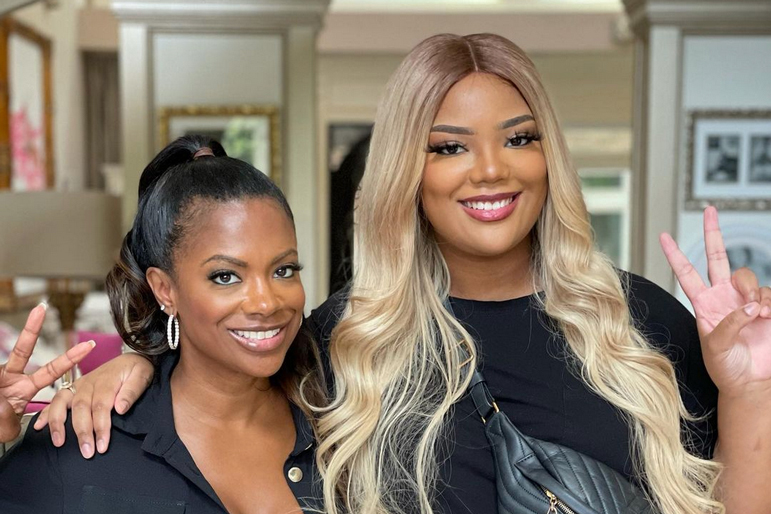 Kandi Burruss’ daughter Riley Burruss sent social media for a loop after posting a video showing off her weight loss.

Riley took to Instagram on Monday to post a comical mommy-daughter video joking about being the “daughter who loves spending money.”

The camera first shows Kandi dancing outside their home. A caption over the video reads, “mom who makes all the money.” Once the camera shows Riley, the college student wines her hips and shows off her slim figure.

“That part,” Riley captioned the video.

Fans who have watched Riley grow up on The Real Housewives of Atlanta expressed their shock at seeing the results of the 20-year-old’s weight loss journey.

“Woah that’s Riley… I didn’t recognize her,” another user said.

There were some who scolded others for commenting so much on Riley’s weight and appearance.

“Women should not comment on another woman’s weight. How do you know if she is insecure about her body? How about .. Riley you look good.. and leave it at that,” they quipped.

Last month, Kandi opened up about how upset she’s gotten at RHOA fans who have commented on her daughter’s physical appearance.

“I despise it. It bothers me so much,” Kandi told People when addressing the harassment the children of reality stars often face.

“Everybody already knows that Riley dealt with her weight issues growing up in the public eye.”

“People would make comments on her body and say things about her personal look and it really boils my blood.”

“You can deal with anything for yourself, but you don’t want your kids to be bullied online,” she continued. “It’s just really terrible.”

Riley continues to come into her own. The NYU student is enjoying life in the Big Apple and spending her mama’s “worldwide” money.