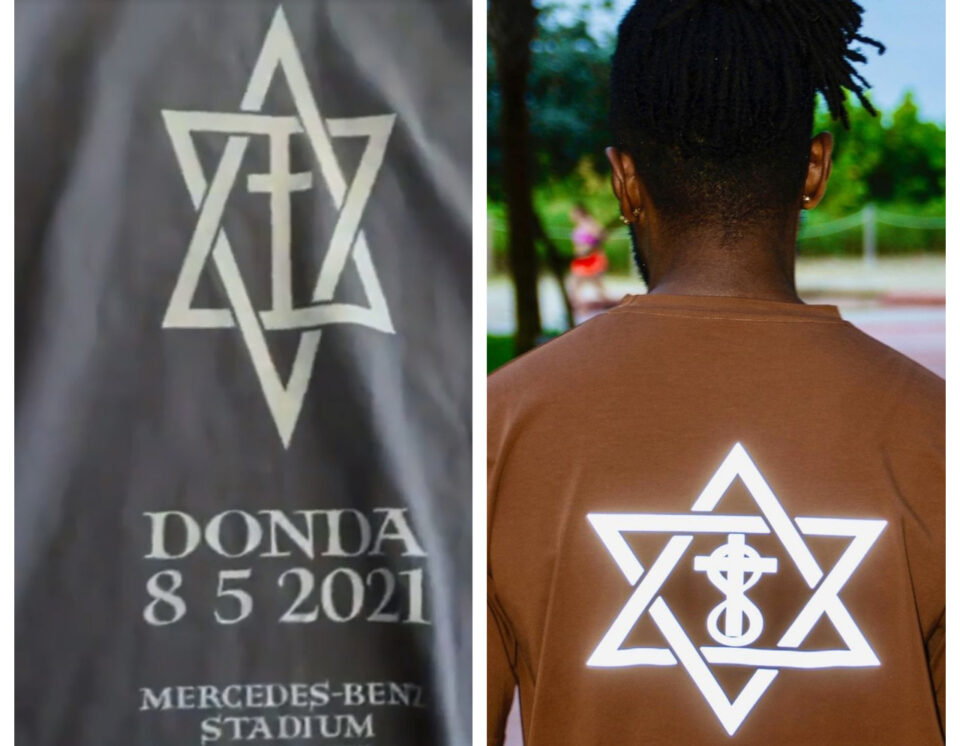 The release of Kanye West’s latest album, Donda, earlier this week has helped calm the promotion and marketing of Kanye’s album.

Now, the news of his selling of the merchandise associated with Donda has reached a point that will not sit well with the creative billionaire producer. Kanye has been accused of copying the logo for the Donda merchandise that he debuted at the first listening session at Atlanta’s Mercedes-Benz stadium.

According to The Daily Beast, a Black-owned creative entity is accusing Kanye of ripping off the company’s logo a week after the mercurial artist met with them in Atlanta.

Randy Dawkins, the creative director of Infinity G8ds, the company accusing Kanye of biting their logo, stated that he and his team drove nine hours from Miami to Atlanta to meet with him.

“It’s disappointing,” Dawkins told The Daily Beast. “We don’t have any bad vibes or bad feelings toward him, we actually like the dude. But how he handled business? Well, that’s another story.”

The photos below are shots of the Donda merchandise sold.

“Kanye West’s Chef @chefwilliewallace asked us to send a package to @kanyewest with our @infinityg8ds Merch as a gift so we sent him 4 Pieces from our newest line. After receiving the clothes he loved it and asked to meet with us on July 24th which is the first Slide of @randyrichh confirming the meeting which you can hear #kanyewest say “I love the fabric” so we DROVE TO ATLANTA FROM FLORIDA (9 Hours) on the 25th. We met with him on the 26th at the @mercedesbenzstadium which is shown in the second slide where we were sitting inside the actual restaurant in the stadium waiting to meet and we also brought 5 additional Merch pieces as gifts.

“Slide 3 shows our confirmation that we indeed did have the meeting. Which the meeting itself went smooth, he was interested in our creative process behind the design and the materials we used . Now a week later for his #Donda Album Release event he released footage of his Merch with a sticking resemblance to the @infinityg8ds Design. WE ARE NOT THE TYPE OF PEOPLE TO CHASE CLOUT BUT BUSINESS COULD HAVE BEEN HANDLED DIFFERENTLY SO WE COULD AT LEAST HAVE GOTTEN OUR CREATIVE CREDIT.”

Representatives of Kanye did not respond to requests from The Daily Beast.