Kanye West Was Emotional At HIs First Campaign Rally Sunday 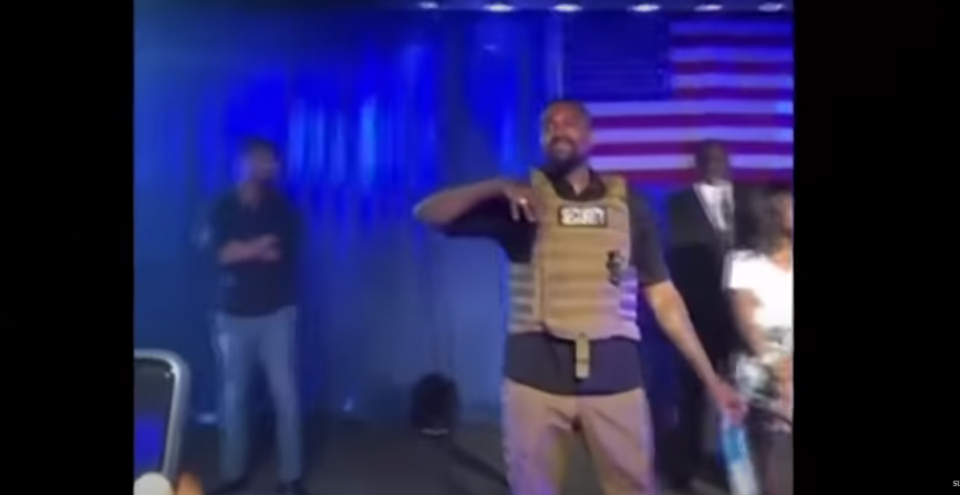 In a rally for his presidential campaign, rapper Kanye West ranted against abortion and pornography, argued policy with attendees, and broke down in tears all while wearing a bulletproof vest.

According to Reuters, during the rally, which was held in South Carolina and lasted a little more than an hour, West denounced abortion, called on random members of the audience to speak, and commented on Harriet Tubman.

“Harriet Tubman never actually freed the slaves. She just had the slaves work for other white people,” West said when discussing economic inequality.

Although West announced he was running for President in early July, he has already missed several deadlines to appear on key state ballots.

West, who was a stout Donald Trump supporter until about a month ago, said in early July that Jared Kushner, a Trump advisor, told him Black people don’t have leaders, just hustlers.

West reacted the most when he argued abortion should be legal but heavily discouraged. He also suggested he would promote a policy as president that anyone who gives birth to a child receives $1 million “or something in that family.”

The rapper also referred to the Bible and Christian teachings multiple times and broke down in tears while describing how he was nearly aborted by his parents.

“The only thing that can free us is by obeying the rules that were given to us for a promised land,” West told the crowd. “Abortion should be legal because guess what? The law is not by God anyway, so what is legality?”

Although many seem not to be taking West’s announcement to run seriously, some have commented with their support. Last week, another Chicago-based artist, Chance the Rapper asked people on Twitter why Joe Biden would be a better president than West before backtracking on his stance hours later.