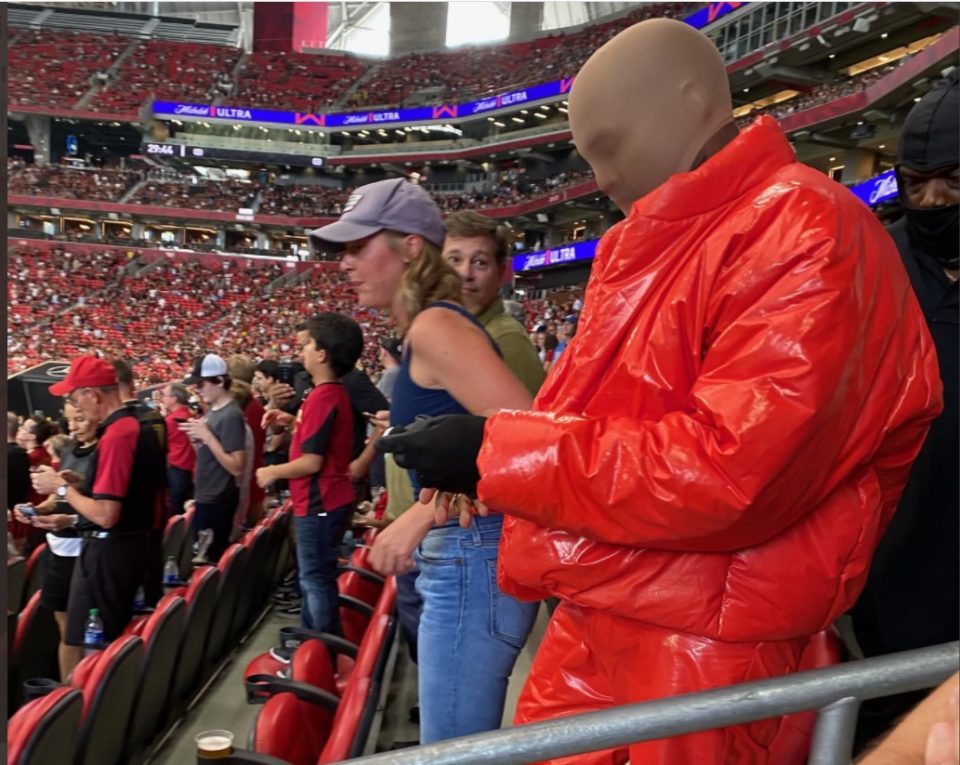 Last week, Kanye West had a listening party for his fans at the Mercedes-Benz Stadium in Atlanta. In true Kanye fashion, he decided to remain at the venue long after it was over. No, not to magnanimously sign autographs for a few hours. He remained there to live, reported TMZ.

West, not known for predictability, reportedly decided to become a stadium tenant until his new album, “Donda,” is completed.

So in the meanwhile, West reportedly had his team set up a studio, a general living area, and even chef services to cook for him. Anyone can live in a stadium but to expect them to eat stadium nachos and imitation cheese and mystery meat hot dogs are clearly crossing the line.

The listening party drew an estimated 40,000 fans to the stadium and West was so enthused by his supporters that he apparently decided that he would stay at the stadium and place that residual energy into his work on the album, his 10th studio LP.

But who can be surprised? He showed up to the listening party in a red outfit that appeared to be constructed of vinyl complete with a puffer jacket, gloves and pantyhose pulled over his entire head. On the day of the party, it was 90 degrees outside.

Speculation of West’s temporary shelter began when he was spotted walking around the crowded stadium during an Atlanta United game two days after the listening party, in the same outfit, pantyhose mask included.

“Donda” was set to be released on July 24 but after West caught his 2nd wind in his Summer 2021 thermal couture head-to-toe fit, the album release date was pushed back to August.

The album was originally supposed to materialize in July 2020.

West is definitely the textbook definition of self-care because he does exactly what he wants to do and does not bother to let pesky details like publicly announced release dates dictate his life.

West has not responded to reports about his new residence but we’re certain that when he figures out how to make it more complex than it actually is, he will let everyone know.

.@KanyeWest at the Atlanta United game at the Mercedes-Benz Stadium today (7.24.21) pic.twitter.com/1f40FNxiBT