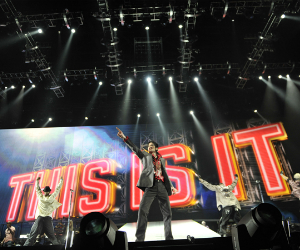 Katherine Jackson, the mother of The King of Pop, Michael Jackson, is suing AEG Live on behalf of his children in the death of the musical icon. The sum they are asking for is $40 billion.

AEG Live, is the entertainment company that hired Dr. Conrad Murray to take care of Jackson and he was held responsible for the singer’s death.

TMZ reports that AEG says, “the $40 billion is preposterous because Michael’s career was in a downward spiral following the child molestation allegations, as well as self-imposed exile in the Middle East. The damage claim is based on rank speculation.â€

Read the story on The Urban Daily