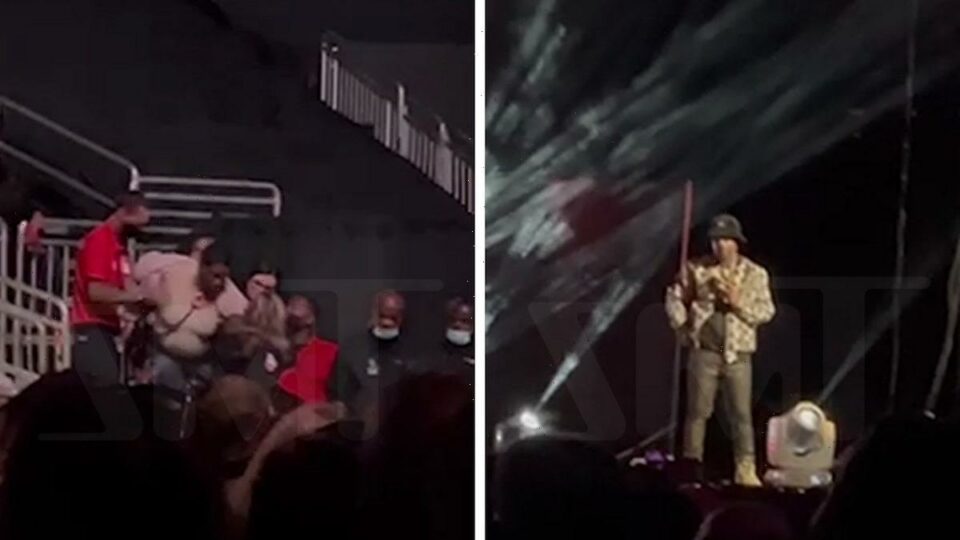 Less than 24 hours after Travis Scott‘s Astroworld Festival ended with eight dead and hundreds injured, Katt Williams became the first entertainer to reference the tragedy in the context of his own show.

On Saturday, Williams was performing at the KFC Yum! Center in Louisville, KY. According to TMZ, at some point during his set, a member audience yelled out, “Stop the show,” after a fan passed out. The comedian immediately did as requested addressing Friday’s tragedy directly.

“I’m sorry if I won’t move on but that Astroworld s—. That mean we can’t never continue till we know somebody motherf—ing good,” he tells the audience in a video captured by one attendee. “I’m not goin’ to be leaving with that on my conscience.”

Originally scheduled to take place on Friday and Saturday, Astroworld was cut short about 30 minutes early on Day 1, due to what authorities called a “mass casualty incident.” Within hours, several people took to social media to describe a chaotic scene in which fans asked security and medical staff for help as countless crowd members collapsed.

Many attendees said they witnessed multiple individuals lose consciousness and remain on the ground as the massive crowd moved in on them. The Daily Beast reported Scott’s headlining performance did not come to a stop until 40-minutes after the Houston Police Department alerted organizers to the emergency situation developing in the audience, now believed to have surge to almost 200,000 attendees despite only 50,000 tickets being sold.

Similar to the audience member at Williams’ show, there is video footage showing fans at Astroworld chanting “stop the show.” However, Houston Police Chief Troy Finner said during a press conference that would have been no simple feat.

“You cannot just close [it down] when you have over 50,000 individuals, OK?” he explained. “We have to worry about riots when you have a group that’s that young. It was a cooperation and discussion between promoters, my fire department, the police department, and NRG officials. I think that part was pretty good.”

Williams resumed his show after about 10 minutes, during which he remained on stage talking to the audience as first responders tended to the man who had collapsed. No details have been provided about the man’s condition.