Keeping My Eyes Open for Steve, Reginald and Oprah 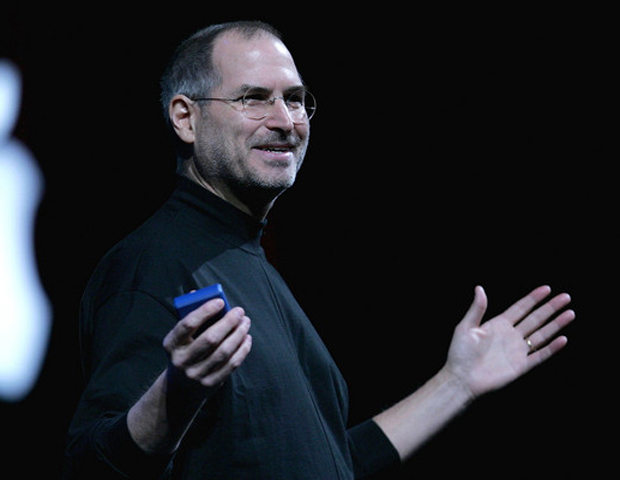 Last week, it was revealed that Ashton Kutcher would play Apple Inc. co-founder Steve Jobs in an upcoming movie about the technology geniusâ€™ life. The announcement left us wondering: Which black trailblazer has what it takes to pick up where Jobs left off? Who is innovative enough to step up and match Jobsâ€™ unabashed passion for design and creativity, and has a grasp on his/her target audience and one-of-a kind marketing tactics like the late visionary? BlackEnterprise.com takes a look at 10 innovators that have what it takes to be the next Steve Jobs. --Winston Ford

Among the most enjoyable rewards of my career as an editor at Black Enterprise and a fan of entrepreneurship (in the exact same way that I am a fan of pro football) Â is that I’m privileged to serve as a judge for competitions designed to identify talented entrepreneurs and promising small businesses for investment, mentorship, and other resources. Â For example, I’ve been a national judge for the MillerCoors Urban Entrepreneurs Series (MUES) business plan competition for more than a decade. (The MUES competition is accepting entries through October 26 for its 2012-2013 series; finalists compete for a top grant of $50,000 for their business, as well as several $25,000 grants.)

I’ve also served as a judge for the National Black MBA Association‘s Innovation Whiteboard Challenge, a variation on the popular elevator pitch competition format, where new and aspiring entrepreneurs make a case for their business ideas in minutes (the pitches are timed), literally sketching their concepts out on a whiteboard. The coolest thing about judging these competitions is the chance to see real, out-of-the-box entrepreneurial innovations from some of the sharpest young business minds (many of them members of what Black Enterprise calls the BE Next generation) you’ll ever meet.

Such was my experience as a judge for the finals of the most recent Innovation Whiteboard Challenge, at the 2012 NBMBAA Convention in Indianapolis last month. Moderated by BCT Partners CEO Randal Pinkett, the finals featured three young entrepreneurs competing for a prize of $10,000, culled from nine semi-finalists who’d competed the previous day. All three finalists were impressive, but the winner, Ashton Clark, really won me and my fellow judges, Goldman Sachs 10,000 Small Businesses Initiative Executive Director Bral M. Spight and Chicago State University College of Business Professor Derrick Collins, over with his venture, UTicketIt.

UTicketIt.com is an online event registration, management and E-ticketing system designed for small business, churches, community organizations, universities, non-profits and others who want to create, manage and sell e-tickets to their events. Imagine having the capabilities of TicketMaster or Broadway.com for your church dinner or student fundraiser. (I know; right?) Clark and his twin brother Ryan started UTicketIt during their senior year at the University of Illinois. Their plan is to use the winnings to market UTicketIt and develop an app so that users can manage events from their mobile devices.

But more impressive than the idea, was Clark himself, who delivered a credible, focused, well-thought out argument for why his business was worthy of the investment, with great upside for scalability, profits and revenue growth. I was ready to write him a personal check myself! Clark is a great example of the energetic, focused, enthusiastic business talent that I’ve been thrilled and privileged to meet as judge of entrepreneurship competitions. He is well on his way to mastering a critical, but too often neglected, business skill for entrepreneurs: the art and science of convincing others to invest not just in his business, but in his ability to build and operate it successfully.

I make a point of keeping track of Clark and young entrepreneurs like him, sometimes as an adviser and mentor, often via social media, and many times without them being aware of it. Why? Â I believe in scouting, supporting and cultivating talent. Like buying stocks, the time to invest in a prospect is as they’re on the rise, not when they are at their peak. For all I know, Clark or any of the dozens of the other rising entrepreneurial stars and future power players on my radar could be the next Steve Jobs, Oprah Winfrey or Reginald F. Lewis. My philosophy: Be nice to ’em now, ’cause they’ll be running things later.