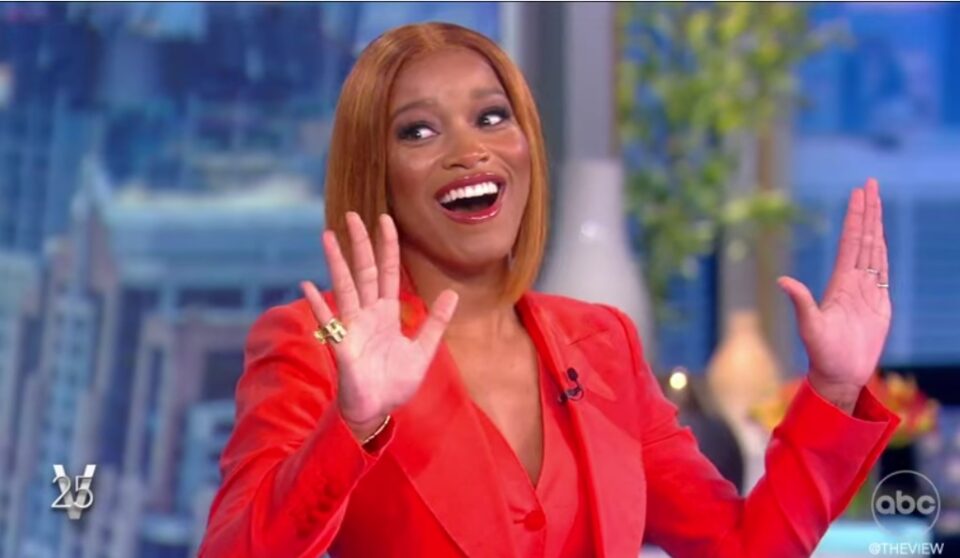 On a recent appearance on The View to promote her latest project, multihyphenate KeKe Palmer took the opportunity to throw her hat in the ring to be considered for the reported upcoming Sister Act 3.

The pitch came as Palmer was explaining the origins of her new book, Southern Belle Insults, which expands on a series of social media skits she’s been doing as a character named “Lady Miss Jaqueline.” In the process, she shared why she’d enjoyed preparing the book in audio format as a series of “Amazon Stories.”

“We have the regular digital copy, where you can see pictures, beautiful artwork, on Kindle,” she starts. “But the fun part for me with this was the audiobook, so you could kinda listen like a one-woman show, where I do the Lady Miss Jaqueline voice and a couple of different voice characters.”

She used that as the perfect segue into her elevator pitch, addressing Whoopi Goldberg directly.

“Now Whoopi, I gotta shoot my shot, like I did with Issa a little bit ago,” Palmer quipped. “I heard that Tyler Perry is doing Sister Act 3 and I just want you to know I’m available for the job. Any job. I mean, you ain’t got to say nothing now, you know, I’ll send you an email or something. Just let me know if you need me.”

Surprisingly to Palmer, she was preaching to the choir: Goldberg informed her that her name had already been discussed in conjunction with the film.

Disney made the announcement last December that Goldberg would be reprising the role of Deloris Van Cartier for a third installment of the cult favorite 90s title. Tyler Perry recently told The Hollywood Reporter that he is on board as the film’s producer only and that a script is currently in development.

“We brought on an incredible director [Tim Federle] and Whoopi’s really excited,” he added. “I think that this is just what the country needs. We need that feel-good moment in the movies where you go, ‘Oh my God, I left there singing.’ That’s my hope.”

The studio has yet to say when fans can expect to see the direct-to-Disney Plus release.