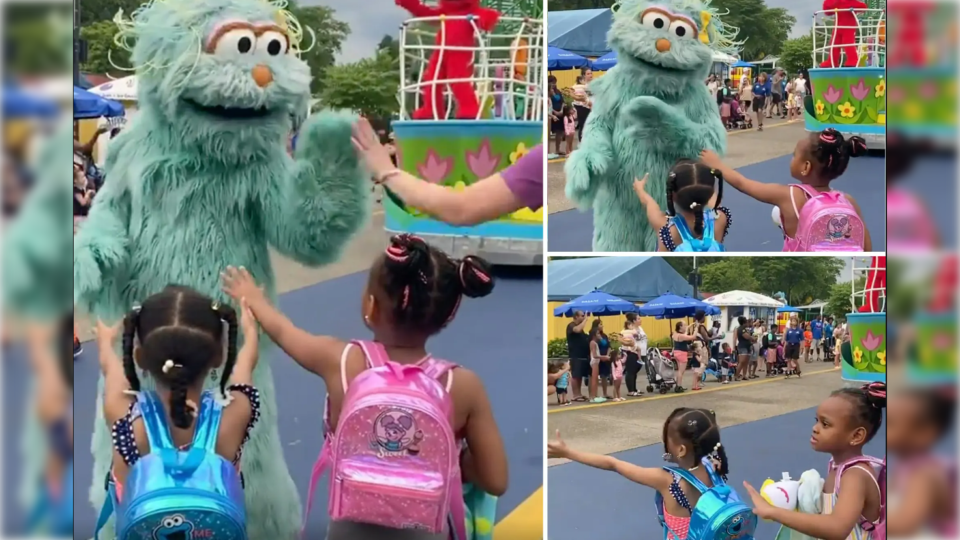 Singer Kelly Rowland did not hold back the punches when she took to her social media to voice her anger about a video showing two little Black girls being shunned by a character at the Sesame Place theme park according to Economic Times.

The video of the two girls has gone viral after the mother of the children posted the video of the moment where the Rosita character seemingly high-fives everyone but appears to pass by the girls, both of whom had their arms stretched out, the Economic Times reports.

Rowland reposted the video on her Instagram stories and called out Sesame Place theme park in Philadelphia, according to Newsweek.

“Ok so, had that been me, that whole parade would have been in flames,” said the Destiny’s Child band member to her fans on Instagram on Sunday. “Like, are you serious? You’re not going to speak to my child?” And did you see that baby’s face at the end? The little one with the pink on? She deserves an explanation. Hello.”

Sesame Place issued a statement to quell the backlash defending the character performer saying the individual did not “intentionally ignore the girls and is devastated by the misunderstanding,” claiming that it is difficult for the cast member to see guests at lower level while in the costume, Newsweek reports.

She explained, “We were on our way out of Sesame Place and the kids wanted to stop to see the characters. THIS DISGUSTING person blatantly told our kids NO then proceeded to hug the little white girl next to us!”

The Instagram user goes on to explain that she went to complain about the mistreatment and theme park representatives were unhelpful.

The next few minutes are seen on camera, but @__jodiii__ explained what happened next. “Then when I went to complain about it, they looking at me like I’m crazy. I asked the lady who the character was and I wanted to see a supervisor and she told me SHE DIDNT KNOW !! I will never step foot in @sesameplace ever again,” she wrote.

The Instagram user became so upset after the incident she stopped filming. Thousands of people posted their support and shared their experiences at the theme park.

“Same thing happened to us when we went,” replied @asameerah__ in the comments, “thought I was just being sensitive or something but that’s real [shake my head].”

Oscar winner Matthew Cherry wrote, “So messed up. We’re gonna have these sweet girls on an actual episode of Sesame Street before this is all said and done.”

The official Sesame Place Instagram account released a statement about the unfortunate event and said it was a misunderstanding.

“Our brand, our park and our employees stand for inclusivity and equality in all forms,” the statement read. “Regarding the incident yesterday, the costumes our performers wear sometimes make it difficult to see at lower levels and sometimes our performers miss hug requests from guests.”

“The performer portraying the Rosita character has confirmed that the ‘no’ hand gesture seen several times in the video was not directed to any specific person, rather it was a response to multiple requests from someone in the crowd who asked Rosita to hold their child for a photo which is not permitted.”

The statement also implied that a park representative spoke with the family, apologized, and scheduled a special meet-and-greet opportunity with the theme park characters, according to Newsweek.

“I never asked for that character to take a picture and As I am watching my video I don’t believe that family asked either. I wholeheartedly feel as though that statement was released to save face. Also a [manager] reached out to me earlier via phone convo. I responded via dm to confirm.”

She added: “Since the post went viral no communication was had since then! [Sesame Place] instead of trying to save face you should of gave a public apology to my girls! That statement disrespectful and distasteful. Talk about adding insult to injury. I will repost this video every day until it is rectified.”