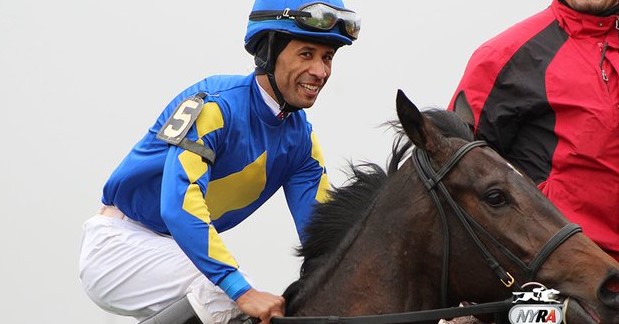 According to the Associated Press, Kendrick Carmouche will be the first Black jockey in the Kentucky Derby since 2013, when he competes in it on Saturday. It was also reported that Carmouche is currently one of the few remaining Black jockeys in the U.S.

“As a Black rider getting to the Kentucky Derby I hope it inspires a lot of people because my road wasn’t easy to get there and I never quit,” Carmouche said in the AP article. “What I’ve been wanting all my career is to inspire people and make people know that it’s not about color. It’s about how successful you are in life and how far you can fight to get to that point.”

But success in horse racing is not a fluke or lucky streak for Carmouche. Apparently, his talent is a family trait. Carmouche grew up riding horses in Louisiana and has proven his commitment to horse racing, according to Yahoo! Sports.

“He is the son of a jockey who has won more than 3,400 races and earned $118 million since beginning to ride professionally in 2000,” Yahoo! Sports reported.

AMERICA’S BEST RACING provided more insight, upon offering a glimpse of Carmouche’s bio. According to information provided, Carmouche’s father, Sylvester Jr., and his brother Sylvester III also ride professionally. However, Kendrick earned a reputation as the king of the riders in Pennsylvania. He had five straight seasons exceeding  200 victories. AMERICA’s BEST RACING also shared that Carmouche won a record four consecutive titles at Parx Racing, which was formerly called Philadelphia Park. His 2000th victory was achieved in September 2011.

Although Black jockeys are rare today,  NBC Sports points out critical historical facts and references. According to the article, 13 of 15 jockeys for the inaugural Kentucky Derby in 1875 were Black. Oliver Lewis, Isaac Burns Murphy, James Winkfield, and Willie Simms were listed as must-know legendary Black jockeys from horse racing history.