'Kept It Real, Kept It Kind': Black Panther Costars Pay Tribute To Chadwick Boseman On Second Anniversary Of His Passing 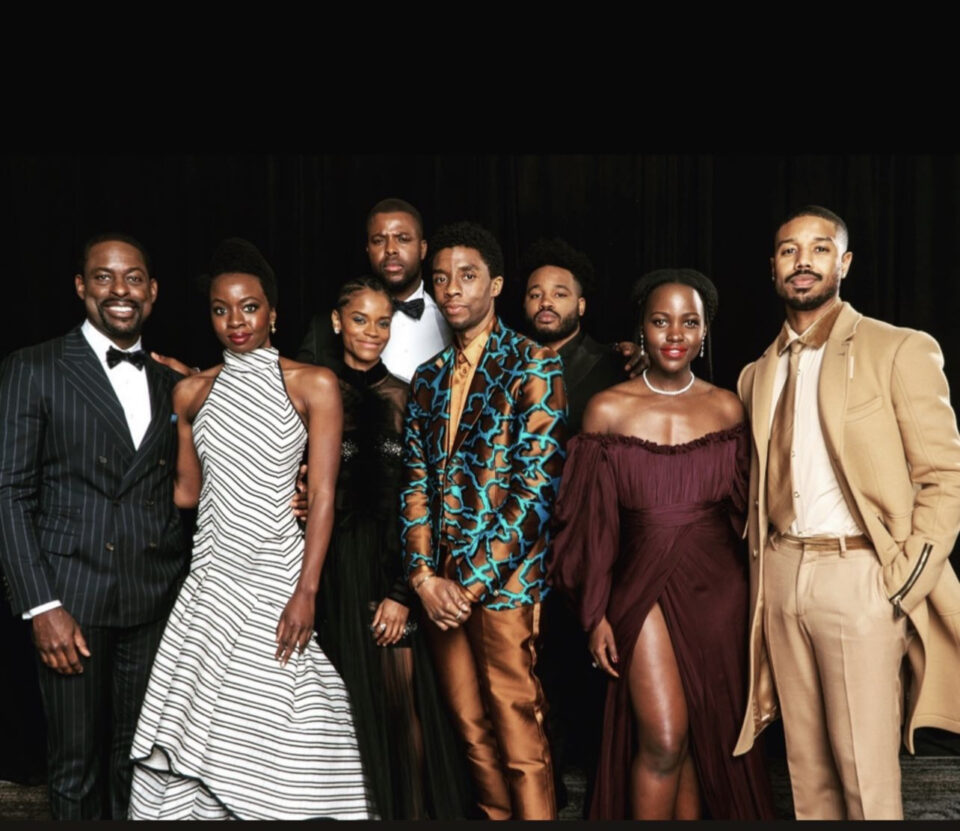 This past Sunday, Aug. 28, marked the second anniversary of the late great Chadwick Boseman‘s passing. In honor of the beloved friend and fallen king, his Black Panther family and co-stars took to social media with heartwarming tributes.

Boseman died in 2020 at 43 of colon cancer. While the world anticipates the upcoming sequel of Black Panther: Wakanda Forever without him, his co-stars are too dealing with the loss in their own way.

Yesterday, actress Lupita Nyong’o, who plays Nakia, shared a video on Instagram with Boseman as the subject. She gifted the world with a sweet reminder of how he “kept it real” and “kept it kind.”

In the clip, Nyong’o is seemingly behind the camera. She asked the actor, “Chadwick, what are you doing?”

“I’m signing people’s tickets. I signed somebody’s shoes over there …,” Boseman responded with a black sharpie in hand and a crowd of fans surrounding him at a movie theater. He joked that he signed “a pair of Jordans,” even though he didn’t play basketball.

“Why do you think they asked you?” asked Nyong’o.

Winston Duke, best known for his role as M’Baku in the Black Panther film, and Letitia Wright, who portrays Shuri, left words and hearts in the comment section. Michael B. Jordan even changed his Instagram profile picture to a black and white photo of him and the late actor.

Duke was so touched that he echoed Nyong’o’s intention behind her post and reposted it to his Instagram just in time to honor his late co-star.

“This video really captures Chadwick perfectly…he was an incredibly generous and loving human being,” Duke captioned the video. “Always ready to give to the fans because he understood what his works meant to people .. what his own personal mission was in life… thank you brother; you are missed. Thank you @lupitanyongo for posting!”

Wright paid tribute separately in her Instagram story. Two stunning photos and a video of Boseman playing drums were how she remembered him yesterday.