Kevin Dedner Is Hurdling The Barriers Of Digital Health And Wellness 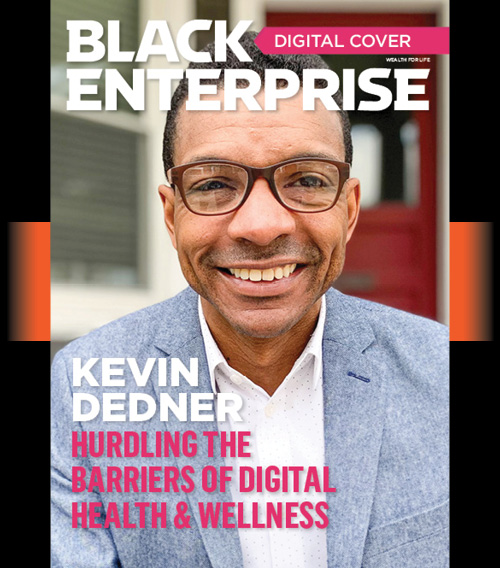 This installment of Black Enterprise’s Empathetic Modern Leaders Series, sponsored by Lexus, focuses on Kevin Dedner, the founder and CEO of Hurdle.

Hurdle focuses on knocking down the barriers that make it harder for people of color to get the mental health services and treatment they need. Hurdle’s therapists are trained in an evidence-based technique that improves cultural humility and responsiveness to deal with issues people of color face.

Dedner is deeply connected to Hurdle’s mission, having suffered his own period of depression. During this time in Dedner’s life, he found the most significant challenge and barrier to effective care were finding the right therapist. One who could truly understand and connect with Dedner’s life as an African American man.

“Hurdle was really born out of my own experience with depression,” Dedner told Black Enterprise. “I saw three therapists before I could find a therapist I could connect with who I felt understood me. And after I recovered from my depression, I realized that other people were having the same experiences, that led me to want to do something about it.”

Dedner has more than 15 years working in public health on various issues, including HIV/AIDS, childhood obesity, tobacco control, and other health concerns. During his time in public health, Dedner has led strategic planning processes and facilitated convenings on behalf of several clients, including the nation’s largest public health foundation, the Robert Wood Johnson Foundation.

In his interview with Black Enterprise, Dedner was quick to explain why Black Americans have struggled with mental health and the stigma that comes with seeking help.

The University of Arkansas graduate is also an award-winning public speaker who has participated in discussions at many health and health technology conferences. Dedner also holds a master’s degree in public health from Benedictine University and is expected to release his book, The Joy of The Disinherited, a memior in essays on Black mental health, soon.

Dedner’s work in changing the public and mental health landscape to find a space for Black Americans to get the treatment they need is why he’s a Black Enterprise Empathetic Modern Leader.