For Real? Khloé Kardashian and Tristan Thompson Expecting Another Baby Via Surrogate 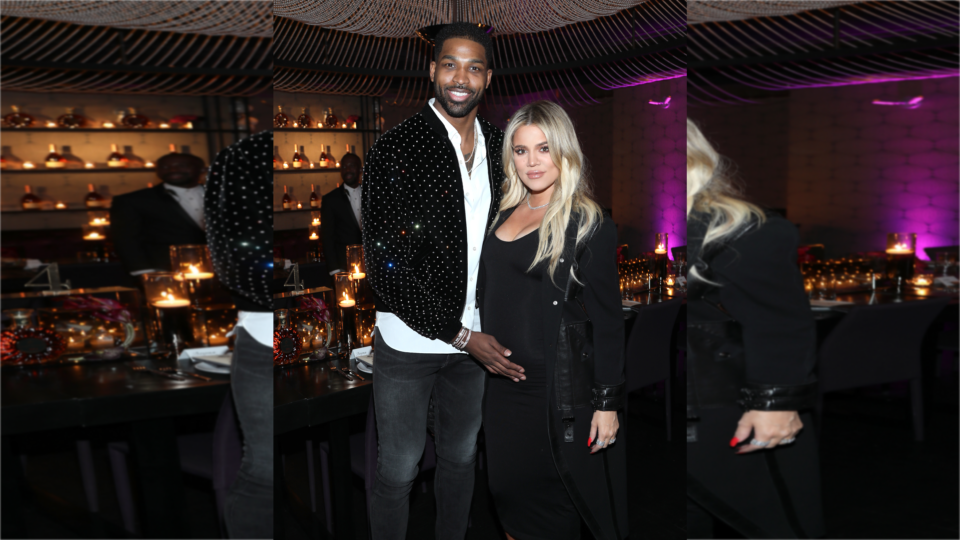 According to People, the reality TV star and the NBA player are expecting their second child together via a surrogate. The 38-year-old Kardashian and the 31-year-old Thompson are already parents to their first child, True Thompson, who is currently four.

A representative of the expecting mother confirmed the news.

“We can confirm True will have a sibling who was conceived in November,” the rep informs People. “Khloé is incredibly grateful to the extraordinary surrogate for such a beautiful blessing. We’d like to ask for kindness and privacy so that Khloe can focus on her family.”

Thompson and Kardashian were together earlier this year before the news got out that he fathered a child with another woman in December. After finding out about his child with Maralee Nichols, Kardashian ended the on-and-off relationship. The couple had been dating since 2016.

It has been noted that the couple is not back together, and the baby was conceived before the news of Thompson’s third child was revealed.

“Khloe and Tristan are not back together and have not spoken since December outside of co-parenting matters.”

A source also stated: “The baby was conceived via surrogate before it was revealed to Khloe and the public that Tristan was having a baby with someone else in December.”

In the past, Thompson has reportedly been caught cheating with several other women, including the best friend of Kardashian’s younger sister, Kylie Jenner. He allegedly kissed Jordyn Woods, and it turned into a big scandal at the time back in 2019.

Meanwhile, Kardashian had a scandal last week when the New York Post reported that a resurfaced photo showed a 2003 Halloween costume where she dressed like a pimp with Black female escorts. Photos showed Kardashian in her Iceberg Slim-esque attire holding two leashes connected to her four Black female friends.

The women attached to the leashes were actress Meagan Good, her sister La’Myia, and twin sisters Malika and Khadijah Haqq. A Reddit user posted the photo telling others to “never forget *this* happened.”