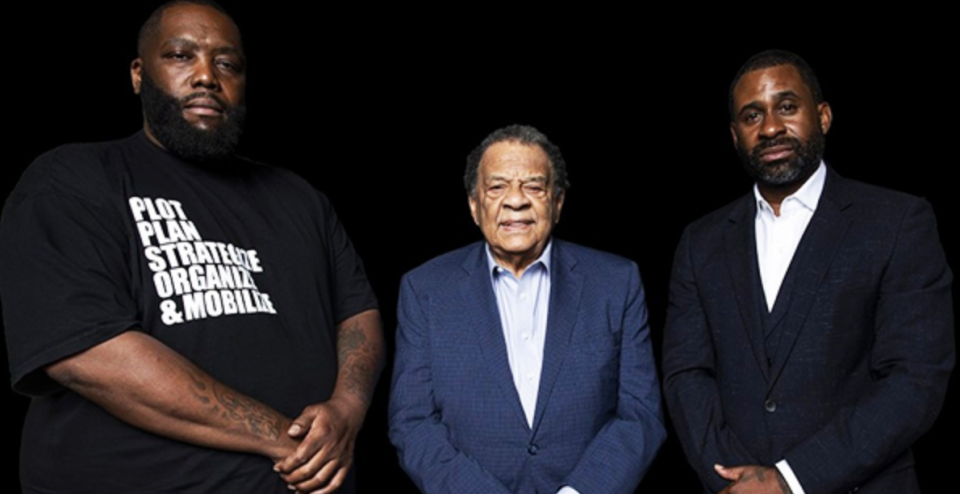 The trio unveiled the Greenwood Bank to consumers after securing $3 million in seed funding. The bank will be the first digital banking platform for Black and Latinx business owners and consumers.

“We needed to create a new financial platform that understands our history and our needs going forward, a banking platform built by us and for us, a platform that helps us build a stronger future for our communities,” Glover continued. “This is our time to take back control of our lives and our financial future. That is why we launched Greenwood, modern banking for the culture.”

Young said the new bank is something much-needed–especially in light of the current political climate–to help advance the community and see it prosper. “The work that we did in the civil rights movement wasn’t just about being able to sit at the counter. It was also about being able to own the restaurant,” Young, the civil rights leader and former Atlanta mayor, told Black Business.

“We have the skills, talent, and energy to compete anywhere in the world, but to grow the economy, it has to be based on the spirit of the universe and not the greed of the universe,” he said. “Killer Mike, Ryan, and I are launching Greenwood to continue this work of empowering black and brown people to have economic opportunity.”

#ThisIsOurTime We couldn’t wait any longer to address the banking needs of Blacks and Latinx Americans. Join us for the official launch of Greenwood! 🎉 🏦🎉 We ARE Modern Banking for the Culture bringing you all the features you need! High Interest Savings ☑️ Community Reinvestment ☑️ Two-Day Early Pay ☑️ Mobile Deposit ☑️ You ready? Sign up at www.bankgreenwood.com #linkinbio