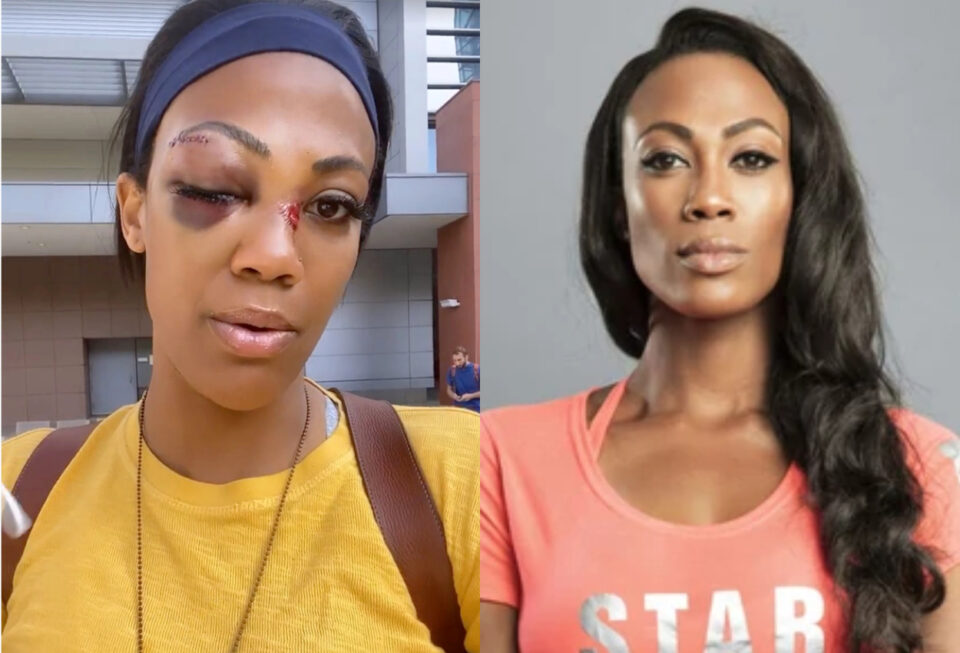 According to The Associated Press, 2008 Olympic silver medalist Kim Glass was assaulted by a homeless man in Los Angeles last week. She suffered several facial fractures and a swollen eye.  Glass said she was wounded when a homeless man threw a metal object at her face. He has been arrested.

“Yesterday, I was in downtown LA. I had a lunch, as I was leaving lunch, I was outside saying goodbye to a friend and this homeless man ran up. He had something in his hand, he was on the side of the car in the street, and he just, like, looked at me with some pretty hateful eyes and as I go to tell my friend I think something is wrong with him, before I knew it a big metal bolt-like pipe hit me. It happened so fast, he literally flung it from the street,” she explained in the Instagram video clip.

Witnesses of the attack were able to detain the man until the police arrived. He was identified by police as Semeon Tesfamariam, 51. The suspect was arrested and booked on suspicion of felony assault with a deadly weapon, according to Officer Drake Madison, a Los Angeles police spokesperson. Tesfamariam is being held without bail.

“USA Volleyball is appalled to learn of this weekend’s brutal attack on our Olympic medalist Kim Glass. Our thoughts are with her and we wish her a speedy recovery.”

The 6-foot-2-inch volleyball player won a silver medal for Team USA in 2008 as outside hitter.