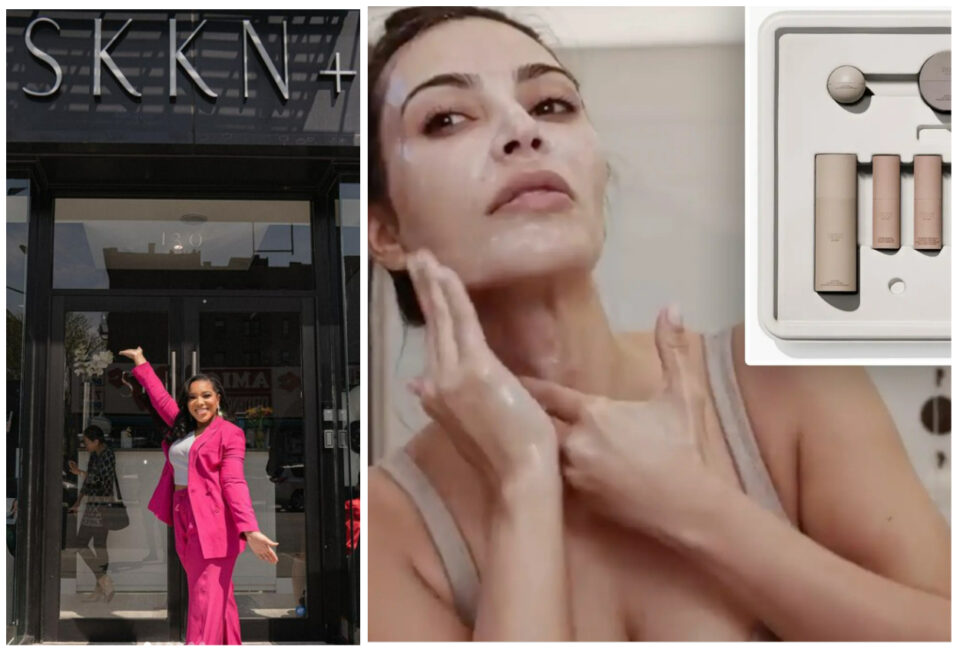 Kim Kardashian’s legal team is firing back at a trademark lawsuit against her new SKKN imprint filed by a Black woman-owned business.

The billionaire reality star is facing a trademark infringement lawsuit from esthetician Cydnie Lunsford, who operates her SKKN+ studio out of Brooklyn, Us Weekly reports. Lunsford issued a cease-and-desist to Kim in June of last year after the SKIMS mogul initially filed her SKKN trademark.

But one year later, Kim is moving full speed ahead, launching her first skincare company under the SKKN name Lunsford tried to stop her from using. On Wednesday, Kim issued a statement through her lead attorney, Michael Rhodes, denying any wrongdoing.

“This lawsuit is not what it seems. SKKN BY KIM is a new brand that follows in the footsteps of Ms. Kardashian’s successful KKW line of products,” the statement read.

“Building on independent research and development, her company filed a trademark application for SKKN BY KIM to protect the new branded products. This prompted the current shakedown effort.”

In Lunsford’s lawsuit, filed June 28, the Brooklyn-based esthetician states that her company, Beauty Concepts, has “conducted business continuously under the SKKN+ brand in Washington, DC and/or New York, New York, since at least August 2018,” E News reports. Lunsford’s company has “used the SKKN+ Marks” in addition to offering high-end salon services and products that are sold in a physical retail store and online.

Lunsford also owns and operates the domain www.skknplus.com and the company’s Instagram page under the name, and has been doing so since 2018.

In Kim’s response to the lawsuit, her legal team notes Lunsford’s initial cease-and-desist filed in 2021. But proceeded to downplay the impact Lunsford could have as a small business owner, compared to Kim’s as an international superstar.

“Mid-last year, we received a letter from Beauty Concepts, an esthetician studio in Brooklyn owned by Ms. Lundsford,” the statement said. “We applaud Ms. Lunsford for being a small business owner and following her dreams. But that doesn’t give her the right to wrongfully claim that we’ve done something wrong.”

“In its letter, Beauty Concepts claimed to own rights to a logo made up of SKKN+, and had just filed for trademark protection for that logo. The business was a one-person shop offering facials from a single Brooklyn location. The salon had no signage and was by appointment only. To our knowledge, Beauty Concepts sold no products under the SKKN+ name.”

According to Kim’s legal team, Lunsford’s small, Brooklyn-based studio has no right to stop her “global” brand from using the name SKKN.

“Several times we reached out to Beauty Concepts, trying to find a sensible path to coexistence,” the statement read. “We pointed out that running a small esthetician business in Brooklyn does not give it the right to shut down a global skincare line. In the end, Beauty Concepts didn’t really engage with us beyond demanding a lot of money.”

“Since we’ve done nothing wrong, we stood our ground. We think the case is less about the law of trademarks and more about trying to leverage a settlement by threatening to harm Ms. Kardashian’s name and reputation. That’s not going to work and we look forward to presenting our case in court.”

The Kardashian family is used to getting their way in court. But Lunsford doesn’t look like she’s going down without a fight. Kardashian is already facing criticism for how similar her SKKN brand name is to Lori Harvey’s SKN By LH imprint.