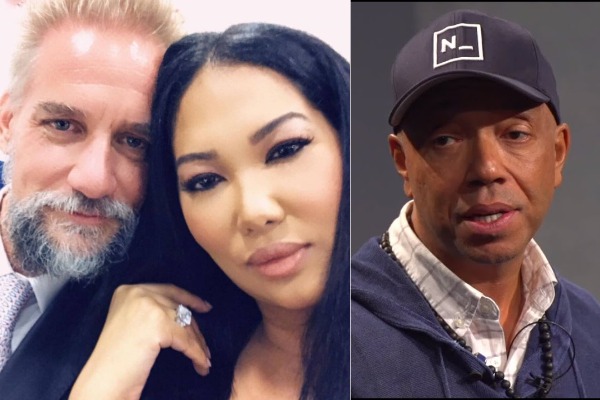 Baby Phat founder and owner, Kimora Lee Simmons has responded to fraud claims leveled against her by her ex-husband Def Jam Recordings founder, Russell Simmons in his lawsuit against her.

BLACK ENTERPRISE reported back in May that Russell is suing his ex and her current husband Leissner for allegedly transferring and using his Celsius shares to pay for Leissner’s legal fees.

The hip-hop mogul filed the suit after his accountants discovered a “substantial unexplained change” in his interests in Celsius. Russell, his ex-wife, and Leissner came together to invest tens of millions of dollars into Celsius.

The best-selling author believes his ex-wife and Leissner transferred his shares to themselves without his knowledge and had it not been for his accounting team, he might’ve never known.

In court documents, Russell has stated that Kimora had fraudulently moved four million shares of Celsius stock to another company. The move was done to help pay Leissner’s legal fees. Leissner had been hit with money laundering charges. He had pleaded guilty to criminal conspiracy to commit money laundering for his role in the Malaysian wealth fund 1MDB. Leissner made an agreement to pay back the $44 million in exchange for not being sentenced to jail time.

Russell also stated that he waited for years before he filed this suit because he wanted to work out the issues without having to go to court. He says his shares have since been frozen by the government after being used as Tim’s bail money.

Kimora’s representative has stated previously that “Russell’s continued aggressive behavior not only blatantly distorts the facts, but is simply a desperate PR ploy ignoring the years of mental and emotional anguish, gaslighting, and ongoing harassment he has inflicted on Kimora.”