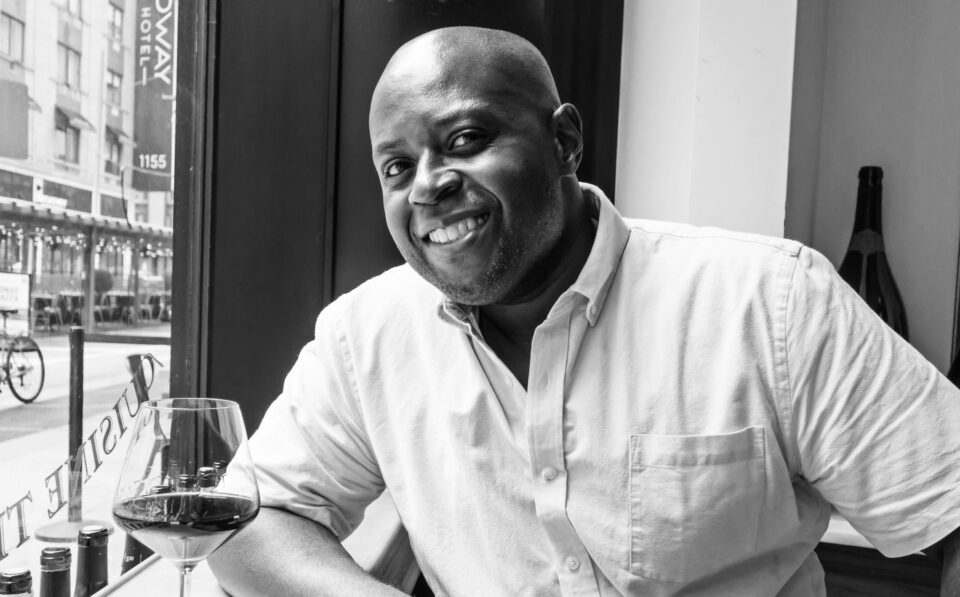 Kwaw Amos, an investment banker with Barclays, has been in the banking industry for more than a decade, but he’s also the founder and owner of New York’s first operating and producing Black-owned winery.

Amos is the owner of Gotham Winery, a business founded in New York City that sports a variety of wines, including rosé, rieslings, pinot noir, and merlots. Amos, who spent his youth primarily in West Haven, Connecticut, found his love of wine years before it was legal for him to drink it.

“It was there where I first began my love affair with making alcohol. I won my school science fair for distillation when I was 13, and I was hooked,” Amos told BLACK ENTERPRISE.

Amos, who attended Rutgers University and received an M.B.A. from the University of Chicago, never lost his love of wine as he grew into an adult, blogging about and studying wines. One of the main reasons he started his own winery is because he wasn’t satisfied with the wine on the market.

“I felt there was a disconnect between the wine I was drinking and how it connected to me,” Amos said. “I wanted a wine that fit my palette but also a wine that spoke to me as a consumer. I had been actively engaged in the wine industry for 20 years, blogging, consulting, and studying wine, so it was a natural progression. If wineries were not going to speak to me as a customer, I felt it was within my power and knowledge to make the wine that I wanted. Then it simply became…well other folks may like and identify with this too.”

Gotham Winery’s selections come in four distinct series: The Unity Series, which celebrates people coming together. The City Lifestyle Series celebrates the various aspects and differences in everyone’s lifestyle choices. The Gotham Series, a collection of Gotham’s balanced and expressive wines that can be enjoyed for any occasion; and the Oson Series, a collection of our premium red wines from its Oson Wine Cellars label, which celebrates African heritage while focusing on quality and character.

Winery Is His Ministry

Amos, who emigrated from West Africa with his parents when he was 3, told BLACK ENTERPRISE Gotham works with a small group of family farms in New York, California, and other states to source fruit that fits its flavor profile.

“The goal is to make the process of winemaking as light touch as possible,” Amos said. “We believe the grape should be allowed to tell its own story, and we act as detailed guides.”

“People who venture to produce wine often grow up around it or have experience in the industry,” Amos told BLACK ENTERPRISE. “Underrepresented groups have less experience and know less people to draw upon. So the biggest two challenges are first understanding that producing wine is an avenue for entrepreneurship and second understanding the barriers of entry, which are regulatory and logistical in nature.”

The Future is Bright for Gotham Winery

According to Amos, future plans include a tasting room, an expansion of the Lifestyle Series, and adding a Cabernet Franc to Gotham’s collection. The investment banker is happy to serve as an example for Black men and women interested in wine, but he’s not satisfied knowing there is much more work to be done to give Black people a foothold in the wine industry. One of the ways Amos is trying to speed the clock is by joining the New York Wine and Grape Foundation.

“My involvement with the Foundation has helped steer the board to create a diversity and inclusion initiative,” Amos said. “The initiative will be working with NY wineries to find ways to diversify employment and empower minority workers. Getting more folks involved in the wine industry builds experience. That experience will lead toward more Black entrepreneurship in the industry.”