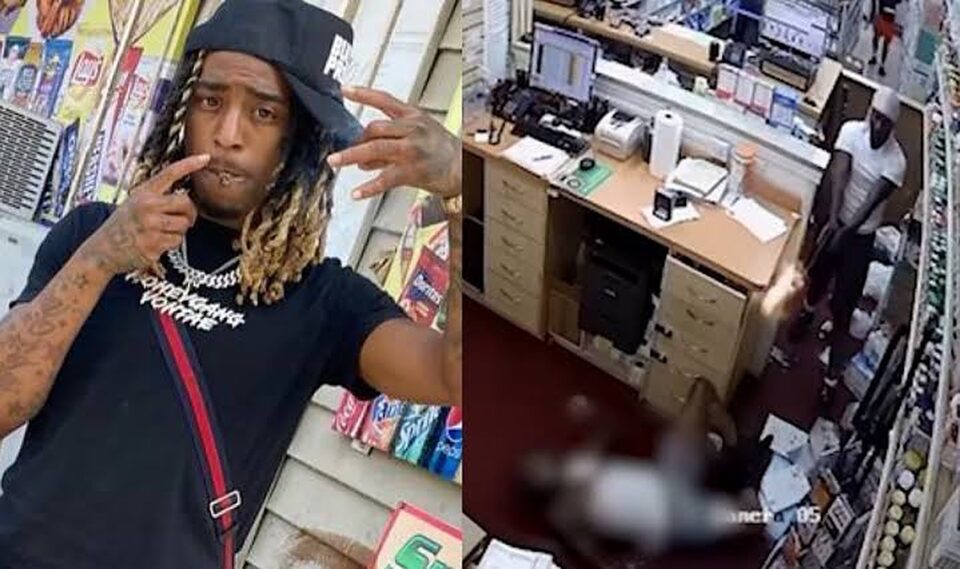 Another rapper has fallen victim to the ever-growing list of gun violence, this time 27-year-old Avanti Frowner, known professionally as L.A. drill rapper MoneyGangVontae, who was in New York City for a show.

On Thursday, Frowner was reportedly ambushed by four other men in broad daylight at a local Bronx pharmacy during an attempted robbery, according to NBC New York.

Police got a call around 2 p.m. about shots being fired at Amazing Pharmacy on East Tremont Avenue. Who would be later identified as Frowner, was taken to St. Barnabas Hospital where he was pronounced dead due to multiple gunshot wounds to the chest.

In the disturbing pharmacy security cam footage, the four men committing the crime can be seen struggling with Frowner after they snatched his chain and attempted to wrestle the wad of cash the rapper flaunted earlier that day. After taking him down to the floor, Frowner tried to escape his attackers behind the counter, where he was mercilessly shot point blank at least four times.

A pharmacy employee who witnessed the tragic attack recalled Frowner entering the store 20 minutes prior accompanied by a friend. When he returned, he was by himself and four other men seemingly engaged in an argument with the rapper outside.

The men then followed Frowner inside the pharmacy when the fatal struggle occured.

“They look like they fighting or arguing, I don’t know,” said the anonymous employee. “I saw that one of them had a gun.”

She then warned the pharmacist.

While some other employees ran to hide in the basement, the worker said she heard the rapper plead for his life.

The four suspects were seen simply leaving the scene on foot, and a fifth was captured on outside surveillance.

NYPD has released video of suspects and asks the public for any information that leads to their arrest.

On June 9th, a 27-year-old male was shot multiple times & killed near 595 East Tremont Avenue in the Bronx. The five individuals in the below video are being sought in connection to this homicide. If you have any information, contact @NYPDTips at 800-577-TIPS or DM their account. pic.twitter.com/8SiHUGpCze

“They don’t need to be on the streets no more — ever!” said Avanti’s dad, Roger Frowner, 56. “If they kill somebody in broad daylight, inside of a store, they are treacherous.”

He continued, “They made a mistake. They did the dumbest thing they could ever do in life. And I hope God will make them pay for it all.”