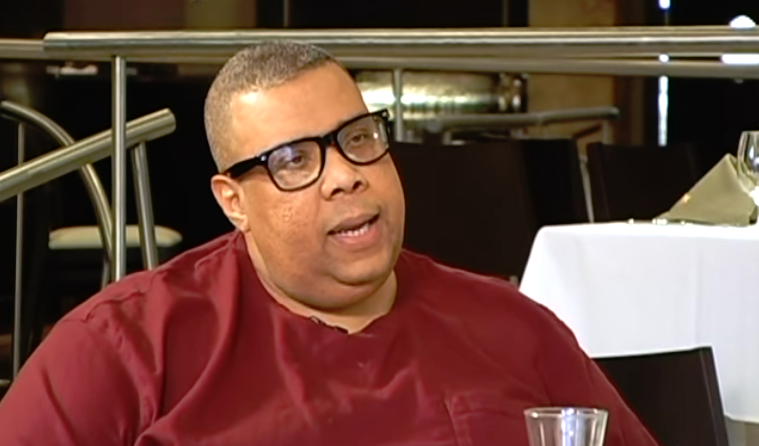 Le-Van Hawkins in a video interview with American Entrepreneur.

La-Van Hawkins, CEO of La-Van Hawkins Food & Entertainment Group L.L.C. (No. 13 on the BE INDUSTRIAL/SERVICE 100 list with $293 million in sales), went from an impoverished youth in Chicago’s Cabrini Green housing development to the creator and head of a fast-food empire that included Burger King and Pizza Hut franchises.

However, all that could be in jeopardy. Prosecutors say Hawkins is connected to a Philadelphia corruption case in which several people have been charged for paying off the former Philadelphia treasurer in a scandal that saw 12 people indicted.

Hawkins was named in the indictment, announced June 29, as a “friend and business associate” of Philadelphia attorney Ronald A. White. The indictment charges that White gave cash and gifts worth tens of thousands of dollars to then-Treasurer Corey Kemp in 2002 and 2003 in order to influence which financial services companies were selected to handle bond transactions for the city. Hawkins allegedly served as a middleman to conceal White’s direct role in making the payments.

Hawkins allegedly wrote a $5,000 check to Kemp in March 2002 and another $5,000 check to Kemp dated Sept. 25, 2002. According to the indictment, the second check was deposited in Kemp’s personal account but bounced twice due to insufficient funds and was replaced on or about Oct. 10, 2002, by a wire transfer sent from Hawkins’ account to Kemp’s personal account. White then allegedly repaid Hawkins.

According to the 150-page indictment, while serving as treasurer, Kemp was unlawfully influenced by gifts, favorable loans, and other benefits he received from, among others, defendants White, Glenn K. Holck (president of Commerce Bank/Pennsylvania, N.A.), Stephen M. Umbrell (regional vice president of Commerce Bank), and Hawkins, all of which Kemp allegedly failed to disclose. According to the indictment, Holck and Umbrell, with White’s knowledge, provided favorable and otherwise unavailable loans from Commerce Bank to Kemp in exchange for bond underwriting deals from the city. The treasurer is responsible for, among other things, maintaining deposits and investments of more than $1.5 billion a year and overseeing bond issues.

“The nameplate on the desk of the city treasurer may have read Corey Kemp, but Ron White was calling the shots,” said U.S. Attorney Patrick L. Meehan in a prepared statement. “This is an indictment not only of the defendants but of a ‘pay-to-play’ culture that can only breed corruption.”

Other payments and gratuities allegedly included a $10,350 deck for Kemp’s house in 2003, a trip to the Super Bowl in San Diego in January 2003 (including transportation by private jet and limousine and a ticket to the game), and numerous other meals, parties, and choice tickets to sports and entertainment events. In exchange for these benefits, according to authorities, Kemp permitted White to direct his decisions as treasurer.

Authorities claim Hawkins sought to participate with White in various business ventures for which they sought the assistance of public officials and political candidates by offering campaign contributions and other compensation. The indictment further states that one such venture was a plan by Hawkins and White to gain control of nearly 100 Church’s Fried Chicken outlets in Detroit and Chicago for $20 million to $22 million. Authorities say Hawkins’ plan was to assist one of the partners who owned the franchises to buy out his other partners and then join Hawkins and White in a new partnership. The indictment claims that Hawkins planned to resell the franchises back to Church’s parent company and net $4 million to $5 million in a six-month transition.

Michael Layne, a spokesman for Hawkins, said, “La-Van Hawkins will vigorously defend against these allegations and will prevail.”