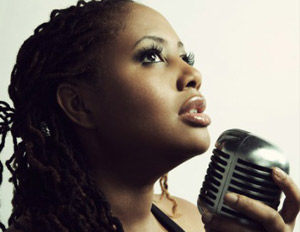 Contemporary R&B vocalist Lalah Hathaway has created a catalogue of music that spans two decades. It’s fitting that her latest project Where It All Begins –her sixth solo album and second for Stax Records–was released in October, which is National Breast Cancer Awareness Month. It is a subject that Hathaway speaks about often.Â In fact, she previously served as a national ambassador for the Circle of Promise, a campaign created by Susan G. Komen for the Cure to educate, empower and mobilize the African-American community in the fight against breast cancer.

For Hathaway, although she’s no longer an official ambassador, the work continues. “Which is really talking to women and opening a dialogue about breast cancer; it is an important dialogue that so many women are afraid to have,â€ she adds. “I talk to them about it at my shows and encourage them to tell others to check their breasts. I believe in each one, teach one.â€ 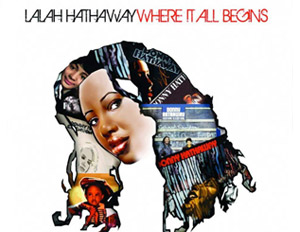 Hathaway is a trained pianist and graduate of the Berkley School of Music. Her self-titled debut album was released in 1990. Still, the 42-year-old songstress is mostly recalled as the daughter of late soul singer legend, Donny Hathaway. It’s not surprising that she is connected to her father’s music. Where It All Begins features a remake of her father’s song, “You Were Meant For Me.”

“I wanted to find my own way to honor my father,â€ says Hathaway in response to the long anticipated wait among friends and fans. “I wanted to make sure I was ready to do it and that the conditions were right. I picked that song because of the tempo, hue, and color. It really fits perfectly with this body of work.â€

She shares how she had dreams at 17-years-old of playing Carnegie Hall and the Meadowlands and how she’d almost given up hope, wrapping up her dreams in a blanket and putting them away. “Then Prince called and asked me to open up for him during his (Welcome 2 AmericaÂ Tour in 2010) concert at the Meadowlands arena,” she recalls. “That reenergized me.â€ Now she is back to where it all began when she first set out to conquer the world’s stages and share her soulful voice.

Between October 25 and November 27, more than 127,000 global Facebook fans will have an opportunity to share Hathaway’s music and receive a signed CD. In partnership with Fairwave Media, the tech-savvy musician has created a custom mobile app that allows fans to listen to a featured track on the album, comment about it, and share it with four of their friends. To learn more, go to Faceboook.com/LalaHathaway or visit LalahHathaway.com on your mobile device.