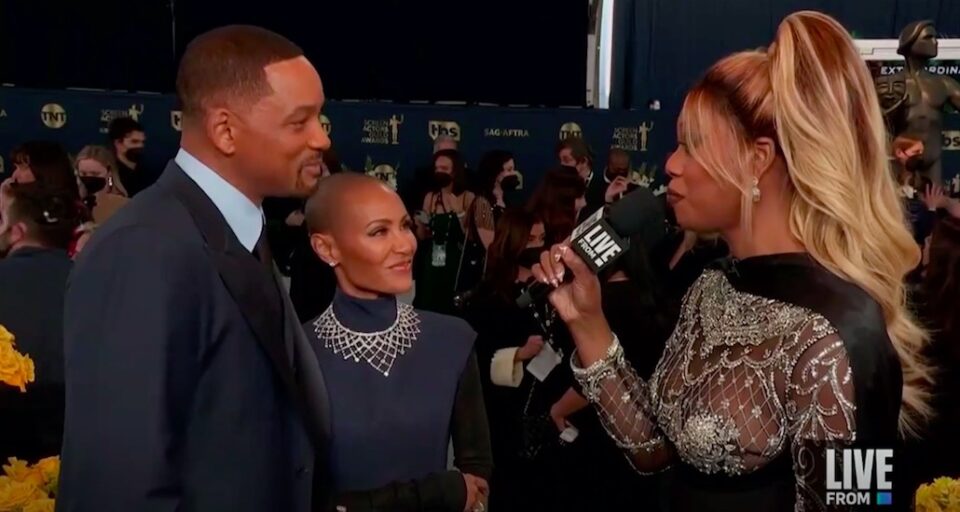 Actress Laverne Cox had an awkward encounter while on the red carpet for the Screen Actors Guild Awards after referring to the infamous “entanglement” in front of Will and Jada Pinkett Smith.

Cox was wrapping up an interview with the famous couple when she started applauding Pinkett Smith for her success with “Red Table Talk.” But with one of the most-watched moments on the talk show coming at the expense of Will and Jada, Cox couldn’t hold back from bringing it up.

“Thank you for all the years of joy you’ve brought us, thank you, we can’t wait for more ‘Red Table Talk’ and more entanglements,” Cox told the Smiths on the red carpet.

“No more of those,” Pinkett Smith jokingly replied while laughing it off with her husband.

Jada pinkett Smith says she’s DONE with entanglements during her interview at the #SagAwards w/ Will Smith pic.twitter.com/kfiAnzCbWl

During a July 2020 episode, Will and Jada sat down at the Red Table to respond to singer August Alsina’s confession of engaging in an intimate relationship with Pinkett Smith four years ago, NBC News reports.

On her show, Pinkett Smith referred to their relationship as an “entanglement” that occurred while she and Will were separated.

“It all started with him just needing some help. Me wanting to help his health, his mental state,” she explained at the time.

“From there, you know, as time went on I got into a different kind of entanglement with August,” Jada confirmed.

Will pushed Jada to clarify what she meant by “entanglement,” and she admitted that she was involved in an actual “relationship” with August.

“It was a relationship, absolutely,” she said.

The moment became an internet sensation and a trending topic for weeks. Cox’s reference to it during the SAG Awards only reminded the Smiths that the world hasn’t forgotten about it and probably never will.

Good thing Will took home a win and can entangle himself into his award for outstanding performance by a male actor in a leading role for his lead role in King Richard.