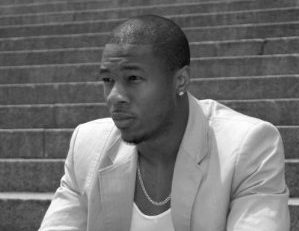 Mekka Don is a former corporate litigator turned rapper who has captivated fans with his JUICE and Pilot Boys brands. While attending The Ohio State University, this wide receiver got bit by the music bug; it was there that this Columbus, Ohio, native, his brother, and cousin started a band. His best friend and current business partner,Â Viswant Korrapati, saw the raw talent and took a leap of faith to manage Mekka and the band while studying marketing at The Ohio State University’s Fisher College of Business.

Though Mekka was making it plain to fans and peers on campus and around town that music was his passion, his dad wasn’t fully sold on the idea. Mekka’s father, a native Nigerian, who worked for the United Nations’ Economic Commission for Africa as a governance expert, was quite nervous about his son’s desire to pursue “a hobbyâ€ professionally. Mekka recalls his dad once asking him, “Why can’t you just do it on the side?â€ Ultimately, that’s what Mekka attempted to do for his first year as a corporate lawyer on Wall Street. After just one year in corporate America, Mekka learned that his part-time efforts were ultimately only producing part-time results.

Utilizing his knowledge as an intellectual property attorney, Mekka Don was able to merge his love for music and sports. During the 2009 college football season, he secured a multi-song licensing deal with ESPN; a deal that has been in effect each year since. Mekka also negotiated a deal with his alma mater Ohio State University to produceÂ their official JUICE wristbands and apparel. His savvy business acumen gave him the know-how to jump-start his own startup–raising $21,000 in just a month through a crowd-funding campaign for his first album.

Mekka has been noted to “employ new rules” and finding “innovative ways to advance his career and make money,â€ according to MTV News.Â  His songs “Juice”, “Let’s Go (O-H-I-O),” “Undisputed,” “Zone 6,” and “Go Nuts” are all officially licensed as Ohio State University anthems with “Juice” being the official football anthem that plays at every home game. His single “Rock for My Browns (Dawg Pound)â€ is the official anthem of the Cleveland Browns. Mekka Don’s music has been featured on MTV, VH1, ESPN, Big Ten Network, Sirius Radio, and other outlets across the country.

Mekka Don sat down with Black Enterprise to share what inspires him to “leave the world better off than the way he found itâ€ through music and business.

BE: How did you juggle being an attorney by day and a rapper/entrepreneur at night?

That was a very challenging time. I knew that if I was going to be taken seriously as an artist that I would have to have a consistent presence. I juggled it for a while but it became apparent that there just wasn’t enough time in the day to do both successfully.

BE: When did you leave law to become a full-time rapper/entrepreneur?

After working at the firm for a year, I decided that it was time to follow my heart and passion for music.

BE: What skill was the most transferable?

There is a lot of overlap between law and business. While developing your own company, you need to either understand law and contracts or you will have to hire someone. Being a lawyer has been instrumental in terms of me being able to understand and negotiate many of our business deals.

BE: How did you get consumers to take you seriously in the music business?

The transition was difficult; many people just thought it was a gimmick. It was hard to convince people that music was something I wanted from my heart. Many folks didn’t realize that I had been making music for many years before leaving my career as a corporate litigator.

BE: Why did you choose not to go the record label route.

We took a lot of meetings but realized early that we were our own brand, our own business. We wanted to keep control of our music and didn’t want to get caught up in the “hypeâ€ of being signed to a major label. Hype gives you leverage in negotiating and excites the label, but we didn’t have the right hype at the time to get the type of respect we wanted.

BE: How did the Pilot Boys brand come to be?

It started from a song I recorded entitled, “Pilot Boys.” The song was a representation of me and my boys and the “FLY” lifestyles we lived. My family is from Nigeria and my business partner’s family is from India; we have traveled around the world. We realized that Pilot Boys was much bigger than a song–it was a movement. Being a Pilot Boy is a mindset. Eventually, we developed it into a clothing and lifestyle identity brand. Our message…”Be You. YOU is Fly.”

BE: What are the benefits of being your own independent brand?

You control your message; you decide who you work with; you can take risks without the fear of repercussions and you don’t have a boss or really anyone telling you what to do or what your brand represents.

BE: How do you make money?

Our brand brings in multiple streams of income; everything from music licensing to performances to Pilot Boys and JUICE merchandise to consulting.

BE: How did leveraging your contacts enhance your brand?

Being a former Ohio State football player greatly helped expand the JUICE and Pilot Boys brands. We got big names to support our brands–Eddie George, Cris Carter, Van Lathan (TMZ), Ezekiel Elliott, Jalin Marshall, Braxton Miller, Arian Foster, Darron Lee, Joey Galloway, and ESPN’s Kirk Herbstreit, just to name a few. Their star power brings greater awareness to our brands, particularly in the age of social media. Essentially, their endorsements give us credibility in the market, resulting in an increase in sales.

BE: What song embodies JUICE brand and why?

BE: What are three tips for leaving the predictable and pursuing your dream?

BE: What has been your greatest success thus far?

Securing a music and product licensing deal with The Ohio State University and becoming the first rapper ever to do so at a major university, this has proven to be my biggest accomplishment yet. I don’t take for granted the joys of launching a brand that has been supported by so many leaders, celebrities, and athletes.

Mekka Don hopes to pave the way for other young, innovation, independent artists to BEInspired to take the leap of faith. Mekka infuses his global perspective in sports and business to bring some of the hottest sports anthems to the masses–anthems that inspire and empower others to live their dreams. MekkaÂ Don pushes positive messages and is active in the community. Through Pilot Boys,Â MekkaÂ Don encourages leadership, global thinking, and being the “pilot” of your own life. “Be You. YOU is Fly.â€ As noted by both MTV and The Source Magazine, Mekka Don’s debut album “The Dream Goes Onâ€ and his music are both inspirational and amazing.

For more on Mekka Don, check out his bio here.

Crystal I. Berger is author of "Be Extraordinary: Claiming a Life of Purpose, Passion and Prosperity." She's a motivational speaker, host and producer/writer. Check out her podcast "Extraordinary" on FOX News Radio. Crystal writes for FOX News Opinions and FOX News Magazine in addition to being a fill-in host for Joy In Our Town on the Trinity Broadcasting Network. Follow Crystal @cbinspires and hashtag #BeEXTRA and #BEInspired always!