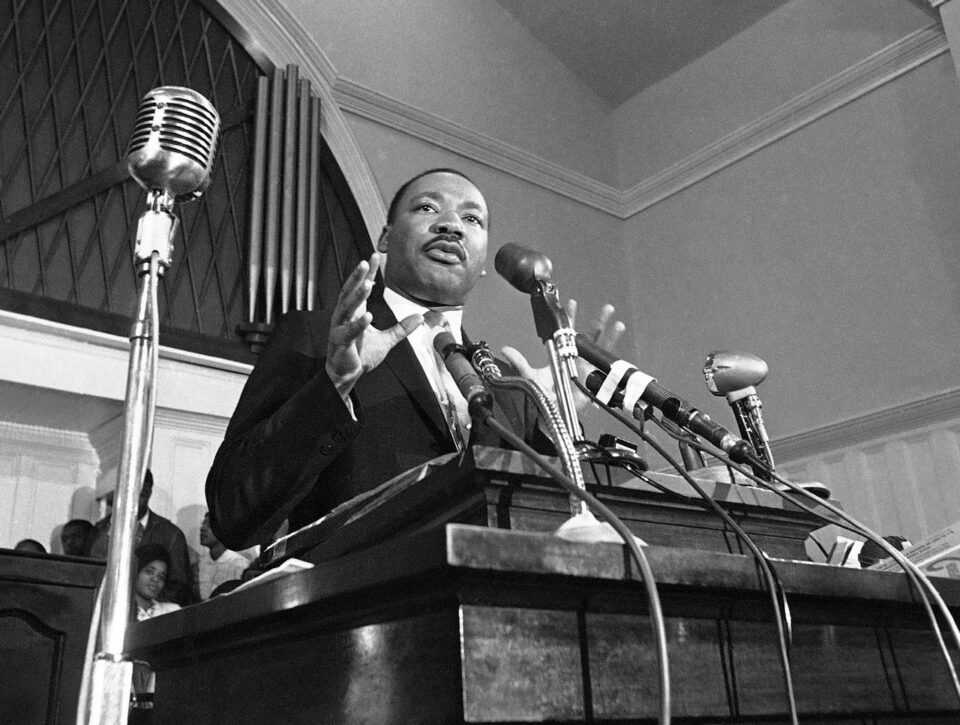 Honoring Martin Luther King Jr.’s total legacy isn’t all political. In fact, commemorating his life is just as significant as getting to know him.

Born on Jan. 15, 1929, the dream of the late civil rights icon is still unfolding before our eyes, and yet his impact on the world will continue to touch generations to come.

So, in honor of Martin Luther King Jr. Day, we have gathered 20 facts about the man who incited change and movements with his words and peaceful efforts until the day he was assassinated in 1968.

1. Martin Luther King Jr. received his moniker when his father, Michael King Sr., changed it to pay respect to German monk and theologian Martin Luther. The senior King embarked on a religious journey around the world, including Germany, and was inspired to not only change his five year old son’s name but also his own.

2. By the age of 15, King had already skipped two grades and became a legacy student at Morehouse College in 1944. Like his grandfather and father, he went on to graduate from HBCU with a Bachelor of Arts degree in 1948. Three years later, he graduated valedictorian of his class at Pennsylvania’s Crozer Theological Seminary and was awarded his Ph.D. from Boston University’s doctoral program at the age of 25.

3. King’s infamous, “I Have a Dream” speech was partially improvised thanks to the encouragement of his friend, Mahalia Jackson. The iconic phrase was left out of the original draft.

4. King is a member of the Alpha Phi Alpha Fraternity Inc.

5. King was arrested 29 times on charges that ranged from civil disobedience to traffic violations. For instance, he was sentenced to four months after conducting mass sit-ins at Rich’s Department Store and other Atlanta stores. Learn more about his arrests on King Institute.

6. On June 18, 1953, Dr. King married Scott on the lawn of her mother’s home in Marion, Alabama, just one year prior to meeting her in Boston.

7. A decade before his passing, King survived an assassination attempt by a woman, named Izola Ware Curry, who stabbed the civil rights icon with a seven-inch letter opener, nearly missing his heart. Curry admitted she had been hunting him down for five years believing he had relations to the Communist Party. King underwent emergency surgeries that lasted three hours.

8. Upon completion of his doctoral dissertation, King was serving as pastor of Dexter Avenue Baptist Church in Montgomery, Alabama until he stepped down to participate in more civil rights efforts in 1960. He still maintained a pastoral partnership with his father at his childhood church, Ebenezer Baptist Church, in Atlanta.

10. On August 28, 1963, King delivered the exalted “I Have a Dream” speech  at the historic March on Washington for Jobs and Freedom, near the Lincoln Memorial. More than a quarter million people participated.

11. After King’s assassination, his family filed a civil case against the government and was awarded $100. The trail took place on December 8, 1999 in Memphis, TN, and included four weeks of testimony and over 70 witnesses. Twelve jurors reached a unanimous decision that King’s death was a result of a conspiracy that James Earl Ray was framed.

12. While confined to a jail cell in April 1963, King penned the historic “Letter from Birmingham Jail” in response to white religious leaders who criticized his campaign.

13. King’s”Letter from “Birmingham City Jail” was published by the American Friends Service Committee.

14. King joined other civil rights leaders at the Prayer Pilgrimage at the Lincoln Memorial for Freedom on May 17, 1957, and gave a speech. This event marked six years before his “I Have a Dream” speech at the March on Washington.

15. At the age of thirty-five, Martin Luther King, Jr., was the youngest man to have received the Nobel Peace Prize “for his non-violent struggle for civil rights for the Afro-American population.” He received $54,123 and donated it to the advancement of the civil rights movement.

17. The name of this organization was changed to the King Center, and is now led by the Kings’ youngest daughter, Bernice King.

18. King was heavily influenced by the non violent methods of Mahatma Gandhi, who fought for Indian independence from British rule.

19. King has been on the cover of Time Magazine at least twenty times. He magazine cover debut took place February 18, 1957 for his role in the Montgomery Bus Boycott.

20. Like his father, King served on the executive committee of the National Association for the Advancement of Colored People (NAACP).