It's About Time we Leave Stacey Dash Alone! 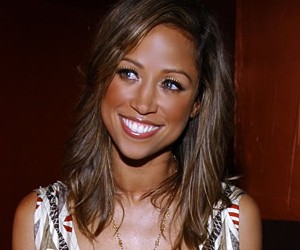 Ok, I’m a little biased when it comes to Stacey Dash because she is and has always been beautiful, at least in my eyes. Plus, the fact that she is from the Bronx (As I am Bronx bred as well) adds to my affection for her.

But we all know there has been a lot of criticism of the Clueless star lately due to her political beliefs.

To many blacks, Republican presidential nominee Mitt Romney might as well be the devil himself. I understand the ridicule and the disbelief that, not only would a black would go against Obama publicly, but a black woman at that? A sista?!

Even if, according to the conspiracy theorists, this is a publicity stunt to get her name out there again, I say, ‘So what?’ It doesn’t matter to me that she is using this for public relations or to gain an audience she hasn’t had in years. I see a different picture and quite frankly, I am actually happy she did this; and that this has picked up so much steam in the media.

Now, in my many conversations with, let’s say, people who are not black, there is always a discussion that blacks will only support a black candidate (close to 96 percent of blacks voted for Obama in 2008). Now, for anyone who has followed or follows politics, specifically the presidential elections, traditionally, blacks have usually placed the lever for a Democratic candidate in the 90% range.

In the 2004 elections, Democratic candidate John Kerry received 88% of the black vote (CNN.com Election 2004). In fact, in the last 10 presidential elections, black people have voted for the Democratic candidate 86.6% (NYTimes.com) of the time, so the misconception that we would vote for Barack just because he is black is not true. Yes, that percentage was 10% higher and if the candidate was Hillary Clinton or any other candidate, it probably would have hovered around the standard 87% mark, so the most we can attribute that extra 10% to may be from the extra people that voted in the last election because it was a historical one and they wanted their vote to count.

But, this is not the issue I write about. Although I am throwing my support behind President Obama, I am not mad at Stacey Dash at all because all she did was prove to, uh, people who aren’t black, that there are black people who will vote for Romney. In fact, I have a very good friend of mine who, way before this Dash controversy came about and stated her disgust for Obama. I would tease her repeatedly because she is from the streets of Brooklyn – and has been in many street fights – and you would think she would support Obama all the way. Wrong! She actually plans on voting for Romney.

I say that I am happy Stacey Dash has dispelled any feelings that 100% of black voters will vote for Obama so this way my, um, friends who aren’t black, can’t keep using that same old, tired argument that all blacks will be voting for Obama.

And Stacey, if you’re reading this, you can call the office and get my info! I’ll still hang out with you….Â  In fact, I’m gonna look for you!