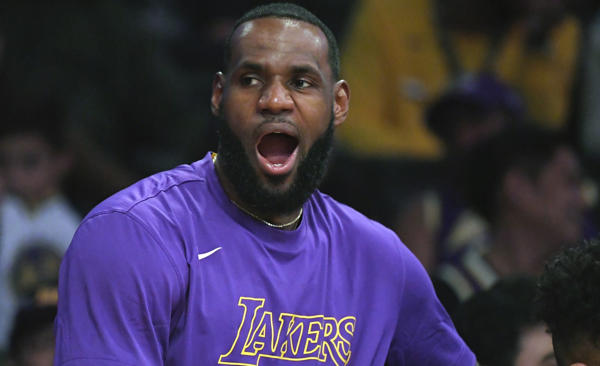 Last week, BLACK ENTERPRISE reported that Los Angeles Lakers central player, LeBron James, had a moment when he tweeted a photograph of the latest police officer to shoot and kill a Black teenager in Columbus, Ohio, and wrote: “YOU’RE NEXT #ACCOUNTABILITY.” Presumably speaking about being the next police officer charged and convicted in killing a Black person, in reference to Derek Chauvin being found guilty of killing George Floyd.

Apparently, a bar owner in Cincinnati had a problem with James for speaking up, so he decided that he will no longer show any more NBA games until James is “expelled.”

Well, James had an unexpected response upon hearing about the bar owner’s declaration:

Aww Damn! I was headed there to watch our game tonight and have a drink! Welp. 🥴 https://t.co/RRfRksjckM

According to USA Today, the owner of Linnie’s Pub in Delhi Township posted on his Facebook account that, until James is expelled from the NBA, he will no longer show basketball games from the league. In the since-deleted post, he stated, “If anyone wants to watch an NBA game, don’t come to Linnie’s Pub. We will not air them until Lebron James has been expelled from the NBA.”

The bar owner, Jay Linneman, also said that he is tired of all athletes’ statements.

“They just need to play the game and that’s it,” Linneman wrote in the original post on Facebook. “Their opinion doesn’t really matter. They’re using their position to push their opinions, and that’s just not right.”

Linneman also said that if a high-ranking government official of the likes of former President Donald Trump or President Joe Biden had made similar statements there would be calls for “impeachment.”