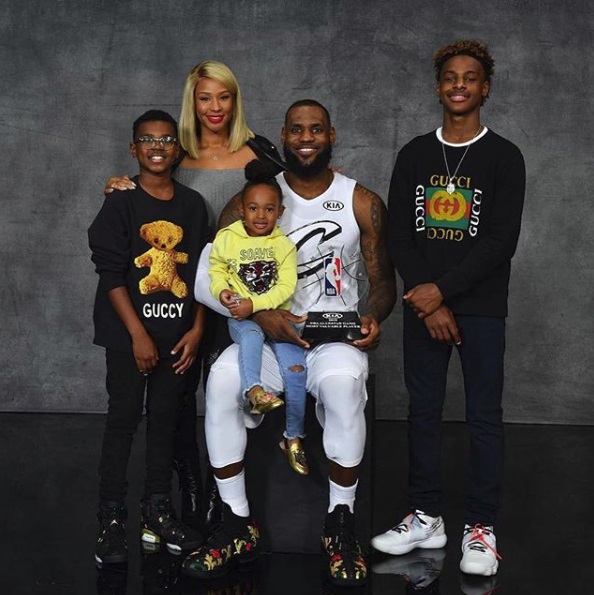 When you think of LeBron James, arguably the best basketball player to ever play the game, his accolades may come to mind. He is a three-time NBA champion; three-time NBA Finals MVP; and four-time NBA Most Valuable Player. Yet, one could argue his greatest accomplishment is off the basketball court as a good father who is involved in his children’s lives.

It is no secret that LeBron grew up not knowing his biological father, who was absent throughout his whole childhood and adult life. In a 2014 interview with GQ, he actually thanked his absentee father for shaping the man he eventually became.

Determined not to repeat the cycle with his own children, whether it is attending some of both of his sons’ basketball games (Bryce James and LeBron James Jr.) or playing with his daughter Zhuri on Instagram, LeBron just makes the effort and makes fatherhood look cool.

With an 82-game schedule during a regular NBA season in which LeBron is constantly traveling from state to state, multiple business ventures and investments, somehow LeBron still finds the time to be a dad and here is why that is so important in the development of his children: According to a study by the U.S. Department of Education, children of highly involved fathers do better academically. They are also less likely to have behavioral problems at school and to experience depression. Studies also show that children with father figures are more emotionally secure, have higher self-esteem, and become better at socializing with others.

Children need their fathers, and according to the National Center for Fathering, 57.6% of black children, 31.2% of Hispanic children, and 20.7% of white children are living absent their biological fathers. This is why we must commend LeBron James for not only being there for his children but for also being an example to fathers everywhere on how important involvement is. If our children are the future, they need a strong structure that starts at home first.